It came down to the wire in the Baha Mar Hoops Pink Flamingo Tournament game between the University of Mississippi (Ole Miss) Lady Rebels and the University of Utah Utes inside the Bah Mar Convention Center at the Baha Mar Resort last night. A heave with 0.6 seconds left on the clock by the Lady Rebels’ Snudda Collins never made it to the rim and the Utes held on to win 69-67.

The Lady Rebels now sport a 5-1 win/loss record while the Utes improved to 6-0 in early season play.

With 20 seconds left in the game, Collins made a jump shot to tie the game

e at 67 points apiece. The Utes dribbled the clocked down to the final second on the shot clock, and Kennady McQueen took a three-point shot from the right elbow. It rimmed out before the referee blew the whistle for a foul on Rebels’ guard Angel Baker. That meant three free throws were coming for McQueen. She missed the first one but made the second and third free throws to put her team up 69-67 with 0.6 seconds left on the clock. Collins was the intended target on the final play that her head coach, Bahamian Yolett “Coach Yo” McPhee-McCuin had drawn up, but the shot fell short and the nationally number 17 ranked Utes held on for the victory.

“It felt like an NCAA (National Collegiate Athletic Association) Tournament game,” McPhee-McCuin said. “That’s an NCAA Tournament team. I’d like to think we have a chance to be the same. I was super proud of my team. Everybody

counted us out. We lost a draft pick and we have a lot of new pieces and just to watch them step up and make big plays and then being home, the crowd just having our backs, was a good feeling. I feel like that’s why we were in the game and took the lead. There were a lot of teachable moments. It’s November and we have so many more games. I’m not into moral victories, but I think we got better, and for that, I’m proud.”

The Rebels was led by Marquesha Davis who had 18 points and seven rebounds. Collins finished with 12 points.

McPhee-McCuin said it felt like the game was at the Sandy and John Black (SJB) Pavilion back in Oxford, Mississippi, as Bahamians came out and supported her and the Rebels. They cheered every time the Lady Rebels scored or the referees made a call in their favor. During timeouts and breaks, the group of supporters performed the Ole Miss chant.

Ole Miss led 52-50 coming into the final period. The difference in the final period was the Utes went to forward Alissa Pili who was too much in the post as she scored 10 points in that final period to keep her team in the game. Three other Utes finished in in double figures, namely Jenna Johnson (16), Gianna Kneepkens (10) and McQueen (10).

Ole Miss forced 17 turnovers and scored 15 points off them. They coughed up the ball nine times and the Utes scored eight points from those turnovers. One of the differences in the game was the Utes scoring 38 points in the paint to Ole Miss’ 22 points. Ole Miss had nine steals while the Utes had two steals.

“If you look at the stats, you would think we would have we won the game,” McPhee-McCuin said. “Nine turnovers but there were plays that we could have made that could have put it away and we just didn’t. That team just hung 124 points on a ranked opponent a week ago and so if it is one thing that I know, it is Ole Miss women’s basketball, we are here and we’re ready to compete night in and night out.”

McPhee-McCuin and the Lady Rebels split their two games here in The Bahamas. On Monday night, her squad took care of the Dayton Flyers, 63-50.

The Lady Rebels will return to the SJB Pavilion at Ole Miss in Oxford, Mississippi, to take on the Texas Southern Tigers on Monday November 28 at 8 p.m.

There were three games earlier in day in the Pink Flamingo Championship Tournament on Wednesday. The University of Kentucky Wildcats took down the University of Dayton Flyers, 70-44. Virginia Tech took care of Missouri, 73-57. In the first game of the day, the University of Alabama and Wake Forest were in a close battle before Alabama won, 61-58.

There is no Baha Mar Hoops action today. Action continues tomorrow when the Nassau Championship gets underway at noon.

NCAA champions Jayhawks tip off Battle 4 Atlantis with a win 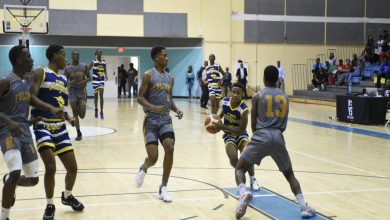 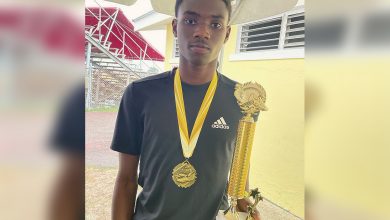 There were three additional qualifiers at Star Trackers meet 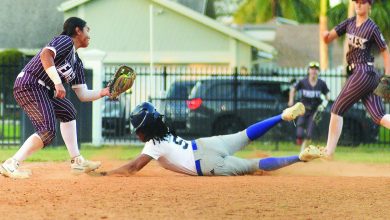 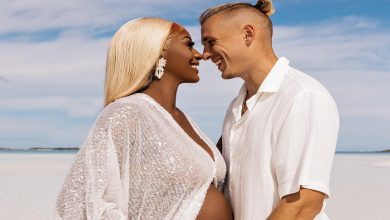 Shaunae out, while Stevie returns