The Office of the Prime Minister said yesterday the competent authority gave no special approval for a police funeral outside the guidelines of the emergency order, which stipulate that no more than 10 people, excluding the officiant and mortuary workers, should attend a graveyard service on New Providence.

Scores of people, including Social Services Minister Frankie Campbell, attended the funeral of a policewoman at Woodlawn Gardens yesterday.

The Royal Bahamas Police Force carried the service live on its Facebook page, showing the police band playing and a choir singing. The band included at least nine officers, and the choir appeared to have more than 10 people.

During the funeral, the moderator said, “Just before friends of [the deceased] minister today, we just want you to be cognizant of the fact that this is an unusual situation here in terms of how we normally conduct funeral services.

“We’re asking that you continue to conform to the guidelines: wear your masks, social distance as much as you can.”

He continued, “We are beyond the numbers that are normally required.”

But he said the deceased officer “is due this”.

“I think she deserves it, but we want to do it and be sincere and in order, so let’s just conform today,” he said.

The moderator also acknowledged Campbell’s presence at the funeral.

Campbell told The Nassau Guardian that he did not attend the funeral in his capacity as a Cabinet minister, noting that he worked with the deceased during his time on the police force.

When asked whether he was aware that OPM had not granted approval for the funeral to exceed 10 people, he replied, “No, I wasn’t aware of that. I didn’t think that the police would exceed it without permission.

“It was a semi-military funeral, so I felt satisfied that they would do all the due diligence.”

When asked whether any special permission had been received from the competent authority for the funeral, Commissioner of Police Paul Rolle — who was not in attendance and who has repeatedly warned the police will deal with violators of the emergency orders — said he was not aware of the matter and would look into it.

In March, Prime Minister Dr. Hubert Minnis, in his capacity as the competent authority, implemented a limit on how many people are allowed to attend funerals across The Bahamas.

That limitation has been in effect for six months.

The prime minister recently relaxed the funeral restrictions for residents on some Family Islands.

The latest emergency orders notes that residents on Chub Cay, Harbour Island, Long Cay, Long Island, Ragged Island, Rum Cay, San Salvador and Spanish Wells are permitted to hold funeral services in churches or other religious facilities provided that the number of attendees is limited in accordance with physical distancing protocols and other protocols issued by the Bahamas Christian Council and approved by the Ministry of Health.

It also states that residents on those islands are allowed to hold graveside burials with no more than 30 people, including officiants and funeral service workers.

Repasts are limited to 20 people at private homes and facilities on those islands.

However, they are banned on the remaining islands, including on New Providence. 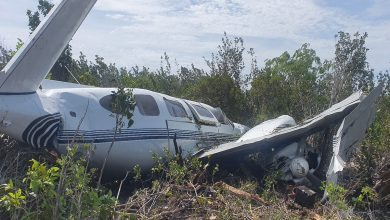 ‘We got your back’

Pinder hits out at asylum provisions in 2018 bill 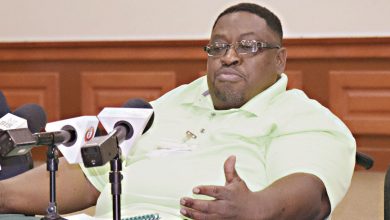