Bahamians on social media over the last couple of days expressed great pride in seeing our beloved cultural event, Junkanoo, on display in Dubai on Monday, which was Bahamas National Day at Expo 2020.

The world fair allows countries to show off their innovation, unique qualities and culture, and network across the global stage, while cultivating investment opportunities and mutually beneficial linkages.

From reports that have come back to us, Prime Minister Philip Brave Davis, Minister of Foreign Affairs Fred Mitchell, and many of those who went as part of the delegation, including the vast majority of the Bahamian artists and entertainers, have represented us well.

Mitchell signed on our behalf a memorandum of understanding formalizing the United Arab Emirates’ (UAE) commitment to providing “technical assistance” to The Bahamas through the UAE’s Technical Assistance Programme. We look forward to hearing more details on what this actually entails.

We were also told that the prime minister held important discussions in an effort to attract more trade and investments to our pandemic and hurricane-ravaged country, which is in desperate need of more meaningful and sustained economic growth. Trade missions and travel are necessary for governments serious about getting the economy moving.

The outcome of what Davis undertook likely won’t be immediately measurable or felt.

Regrettably, whatever value we have gotten, or will get, was largely lost in the discussion surrounding our participation in the global event as a narrative quickly took hold that the large delegation of more than 100 people — the overall cost to taxpayers of our participation was pegged at $1 million — was excessive and a waste of money during what remains a challenging period for many Bahamians, who are repeatedly told that the government’s finances are in a precarious position.

Many Bahamians frowned at the decision of organizers to send the gospel choir headed by the PM’s press secretary, Clint Watson. Some questioned why the National Youth Choir was not selected to represent The Bahamas. The youth choir, a high-quality national treasure, has represented us well over many years, and its director informed that the group had been told it was being considered but found out through unofficial channels that it was not included.

That Watson’s gospel choir — which performed some traditional Bahamian rake ‘n’ scrape selections — was instead chosen, was a bad look. That those in government, and Watson himself, who is tasked with helping to prevent damage to the Davis administration’s brand, did not see how this would invite controversy, is baffling.

Other relatives of the press secretary also made up the delegation, including “Dynamite Daisy”, Lynn Terez Nixon’s character, who portrays herself as an outrageously attired drunkard, and who is understandably not everyone’s cup of tea, although some Bahamians do have an appreciation for her style of comedy. Daisy’s representation of us fed into stereotypes of Blacks, which the beloved Bahamian American actor Sir Sidney Poitier, who we have been honoring in recent days after his death, fought to reverse through the dignified roles he accepted as a Black man.

While some Bahamians applauded Daisy’s performance, and had a good laugh, others were left embarrassed — and for good reason.

In the United States and elsewhere in the world, her character would be viewed as offensive and, in the UAE, public displays of intoxication is outlawed.

That said, Junkanoo artists and the Royal Bahamas Police Force Band, thankfully, and not surprisingly, saved the day, as did other Bahamian artists and cultural practitioners, who performed at the expo.

While we heard some like tourism industry professional Janet Johnson, who was instrumental in the development of The Bahamas’ pavilion, dismiss criticisms of who was selected to represent The Bahamas as “elitist” complaints, Bahamians were well within their rights to question the criteria used for the selection of the delegation and whether the country is getting value for money.

Others concluded that the criticisms were “‘nitpicking observations” arising out of the “saltiness” on the part of those critics “jealous” that they were not chosen for the big trip.

Philip Burrows, a highly regarded and prominent member of the Bahamian cultural community, made an important contribution to the debate that erupted over our cultural representation in Dubai. Burrows put it best in a social media post that went viral on Sunday: “It seems obvious that there could not have been a proper vetting process but that performers were either chosen by reputation or possibly who they knew on the committee.”

Social media videos from some members of the delegation, who taunted Bahamians back home for not being in Dubai, meanwhile, struck the wrong chord.

The disputation that has arisen about The Bahamas’ presence at Expo 2020, and other controversies that have so far developed under the Davis administration, which is still in its infancy, but long beyond the honeymoon phase, in and of themselves do not portend doom for the Progressive Liberal Party (PLP). It would be unnecessarily dramatic and overly presumptuous for us to suggest that.

But such matters, some seemingly petty, do remind us as disinterested observers that, over time, they tend to pile on and grow into larger problems, depleting unnecessarily from the goodwill bank.

This is the concept known as “death by a thousand cuts”, when many small negatives develop into a large and painful outcome.

In the opening months of the Davis administration’s term in office, there have been a few incremental withdrawals, and cuts into the political flesh of the new government, which may come eventually to understand that wasteful bank withdrawals are foolish.

Every astute politician “gets” that, in politics, perceptions matter, whether in or out of government, though many become arrogant and, thus, blinded, by power.

It is of course true that the right decision is often not the most popular decision and not always one that will shape a positive perception for an administration.

We know also that many bad decisions are made by political leaders who are more concerned about image than they are about ensuring that their actions and choices inure to the benefit of the people.

As administrations get further into their terms in office, their popularity usually wanes, particularly in an atmosphere of grave fiscal and economic challenges which make it more difficult for government to meet the expectations of the electorate.

But unforced errors push governments more quickly to the point of no return with the people.

The new administration has already had its own series of unforced errors, like its handling of the Dubai experience, which has made it in some respects appear tone deaf; it has needlessly been placed on the defensive even as the prime minister and his foreign minister themselves have appeared serious and focused on producing results.

Over the Christmas holidays, the government’s bungling of the approval process for the Christmas Carnival made it appear disjointed and amateurish. It was a situation where unnecessary controversy was courted over a seemingly simple issue.

The constant back and forth over whether Bahamians would be able to enjoy the traditional event, and the eventual decision to deny approval, were lined up against the government’s decision to allow hotel properties and certain event organizers to carry on with large functions, including indoor gatherings.

In opposition, a key complaint of the PLP was that the Minnis administration had been unfair in its application of the various rules under the state of emergency.

Prime Minister Davis should also worry about his national security minister’s handling of various high profile matters: The removal of the prison chief within days of the new administration taking office comes to mind.

The conflict issue was raised, as the law firm of the now minister, Wayne Munroe, had represented the two senior prison officials, who had been overlooked for the top job under the previous administration, and reassigned. Upon the election of the PLP in September, Munroe announced that they were sent back to the prison, with one appointed to act as commissioner, after the commissioner was sent on leave.

Notwithstanding Munroe’s dismissal of the concerns and questions raised after the prison chief’s removal, the optics surrounding the matter were unsightly.

The prime minister pledged three months ago to examine the issue of whether the minister was in a conflicted position. Not surprisingly, we have heard nothing else on the issue.

In an unrelated matter last week, Munroe waded into more controversy when he told reporters a defense force marine shot and killed by police had had mental health challenges, and suggested that those reported challenges might have led to his killing.

Recognizing the inappropriateness of the minister’s disclosure, the defense force commodore publicly objected to the revelation.

Munroe’s indelicate and ill-considered handling of that matter further underscored that he could be problematic for the Davis administration’s image.

To be sure, these missteps and errors in judgment do not compare to more weighty blunders that emerged very early into the Minnis and Christie administrations.

Within months after they came to office in 2012, Perry Christie and the PLP had a monumental screw-up in how they handled the gaming referendum, which indelibly scarred that administration for the rest of its term. The government quickly lost support, which it never regained.

Similarly, less than a year after taking office in 2017, the Minnis administration signed the scandalous Oban energy deal, which was a marker, an omen for a government that fumbled and bumbled its way throughout the term.

The Davis administration has numerous examples it can use to learn how not to govern and how to avoid debacles that could again wreck the recently repaired SSPLP.

What could set it apart is if Davis and those around him who make the decisions and shape the direction of government resist the arrogance of power, and remain cognizant of the matters that irreparably damage perceptions, while removing the spotlight off the important work that is actually being done.

Davis should ensure that much valued political capital is not unnecessarily depleted from his administration’s goodwill bank.

He will need to make withdrawals during times of heavy lifting, which are certain to come, just as sure as the tide comes in and goes back out every day. 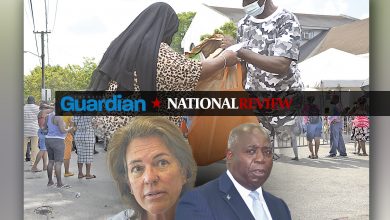 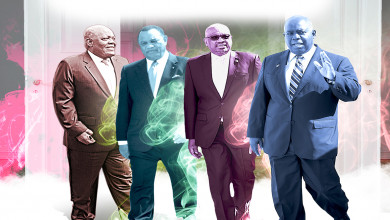 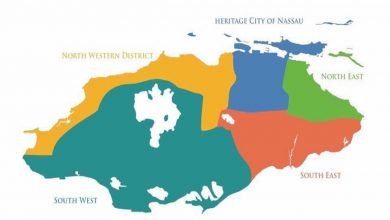