The Academy Awards are just a little over a week away now. And finally, I’ve finished the final two films nominated for the major categories, including for the acting nominations and Best Picture.

“The Father” saw a limited release in the United States (US) earlier this year, after a number of pandemic-related delays. It became available on Video on Demand late last month.

“Mank” has been out for a little while. After its limited theatrical release in the US in November, it started streaming on Netflix in December. Why am I just getting around to watching it? Read on.

One of these films moved me in a most unexpected way. The other was exactly what I expected it to be.

“The Father” is one of the most uncomfortable movies of the year.

It is also, without any doubt, one of the very best!

It’s so well done and intense, you’ll wonder if this family drama is a mystery.

Directed by French novelist/playwright Florian Zeller, and based on his own 2012 play “La Pere”, “The Father” is told from the perspective of a man who refuses all assistance from his daughter as he ages. As he tries to make sense of his changing circumstances, he begins to doubt his loved ones, his own mind, and even the fabric of his reality.

Anyone dealing with an older parent or grandparent, or concerned about their own advancing age, will be able to relate to the major issues expressed here.

Academy Award-winner Anthony Hopkins plays the title character. In his at least six decades of stage and film work, Hopkins has played countless unforgettable characters, most notably serial killer Hannibal Lecter in “The Silence of the Lambs”, for which he won the Oscar. The man is a legend!

Nonetheless, as Anthony (The Father) here, Hopkins delivers quite possibly his greatest performance of all time. He is simply spellbinding. The role allows him to run through a gamut of emotions: from anger, frustration, manic exuberance, and confusion to so much more.

Hopkins is surrounded by an extremely talented cast as well, including Oscar-winner (“The Favourite”) Olivia Colman (Netflix’s “The Crown”), who also gives a very strong performance.

“The Father” is up for six awards: Best Picture, Lead Actor for Hopkins, Supporting Actress for Colman, Adapted Screenplay, Film Editing, Production Design. Next week I’ll have my annual Oscar predictions. But Hopkins’ tour-de-force performance is among the very best of the year, and among the best in many, many years.

And there’s no way you can be unmoved by the final scene of this incredibly powerful film. Bravo!

Nobody loves Hollywood more than Hollywood!

Every few years, there’s at least one film that celebrates “showbiz”.

And predictably, the whole industry goes insane! (Last year, there were quite a few of these, if you include the increasingly ridiculous obsessions of Ryan Murphy, with his Netflix miniseries “Hollywood”, and his Netflix musical film “The Prom”.)

Intentionally filmed in black and white, and meant to evoke the styles and standards of the film industry, and of Tinsel Town in general in the 1930s and ‘40s, “Mank” takes a behind-the-scenes look at all that influenced one of the most iconic films of all time, “Citizen Kane.”

It’s told through the eyes of alcoholic screenwriter Herman J. Mankiewicz – better known as Mank. He’s quite a character, and is hired to work with the very particular and very demanding Orson Welles – the director and star of the “Citizen Kane”, and Hollywood’s latest “Boy Wonder”, after a string of successful plays and his adaptation of H.G. Well’s “The War of the Worlds”, an unforgettable and sensational radio show that changed broadcasting forever.

To say there were high expectations for “Citizen Kane”, and that a lot was riding of Welles and Mank, is an understatement.

While well-received when released in 1941, since then, “Citizen Kane” is now often ranked as “the greatest movie of all time.”

Unfortunately, but not surprisingly, that is not a universal opinion. However, if you are among the increasingly few able to sit still and pay attention for more than a few minutes, you’ll see that “Citizen Kane” is truly a great film – undoubtedly ahead of its time, implementing groundbreaking film techniques and storytelling styles.

Many in the cast – most of whom were stage actors and new to film – went on to achieve great fame and legend status in movies and television. It immensely influenced many great future directors, actors, writers, production designers and more.

But outside of people in “showbiz” or in higher education, if you ask most folks today, they’ve probably never even heard of this masterpiece. And even if they have, they’ve never been compelled to watch it. Or they don’t regard it as a classic.

And definitely, if you thought last week’s “Godzilla vs. Kong” was the best thing Hollywood has done in years, then you’ll hate “Citizen Kane”. And if that’s the case, then “Mank” is certainly not for you!

“Mank” is also very certainly not what you’d expect from Director David Fincher, either. His most famous films have been super-high energy, intense, and often with intricate plots. His impressive resume includes “Seven”, “Fight Club”, “The Social Network”, “The Girl with the Dragon Tattoo”, “The Curious Case of Benjamin Button” and “Gone Girl”.

I’ve loved every last one of those films. But I can’t love “Mank”. This is slow and ponderous, and frankly, quite often dull. That’s through no fault of the cast though. Gary Oldman is always excellent. As is Amanda Seyfried. Both have been nominated for Oscars for their roles (Leading Actor and Supporting Actress, respectively).

And while the backstory of “Citizen Kane” is interesting, outside of Hollywood insiders and anyone obsessed with the studio era of the film industry, this will likely mainly appeal only to fans of “Citizen Kane”. And that’s a maybe! (Take it from this major fan of “Citizen Kane” – I even own it on DVD).

“Mank” is not a terrible movie, but it’s boring – painfully so at some points.

It goes into next weekend’s Academy Awards with the most nominations of any film – 10 in total. Most of those are for its lavish production, including sound, cinematography, costume design, hairstyling etc. But it is up for some key awards; in addition to nods for Oldman and Seyfried, it’s nominated for Best Director and Best Picture.

That’s just another sign of how self-centered and blind the industry can be to anything about itself. 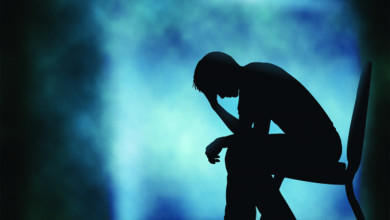 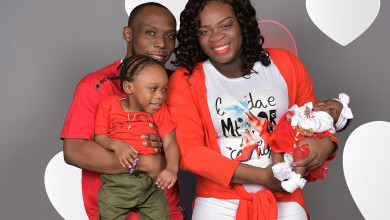 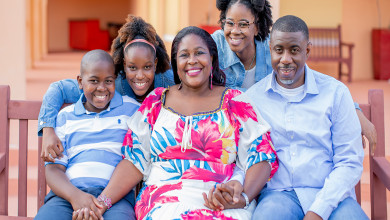