She will represent The Bahamas at the international Teen Universe pageant in Madrid, Spain, scheduled for February 22-March 1, 2023.

No matter how she assumed the title, Penelope looks at the opportunity as a “blessing.”

Penelope who had entered a previous teen pageant, and did not win said she felt something was missing and that she was meant to do something great in her community. With that thought she approached her mom Jheaneale Marshall about returning to competition because she felt she could claim the top prize. As she spoke to her mom about it, they got the call from Teen Universe Bahamas officials about selecting her for the title.

“It was kind of weird because that day I wanted to do the same pageant again because I wanted to win. I was talking to my mom and said I could really win and that same day, a few hours later I got a call saying they were offering me the crown,” said Penelope.

She said she took it as a sign from God for the opportunity to continue to raise awareness about her platform, autism awareness.

“I have a lot to offer, and I’m willing to work towards that.”

She was also excited when they told her the international pageant would be in Spain.

“When they told me, it was in Spain I said yes. I love to see the world and explore. It was a win, win.”

Penelope is uncertain what other prizes she would be given.

Her advice to anyone is if they have a chance to make a difference, even if it’s small, to do their best to strive for it.

“You can do it once you put the work in and that was obvious with me. I was able to stick with my goal,” she said.

Penelope was selected for the title, based on observation of her performance in a previous pageant, according Oswald Ellis, Teen Universe Bahamas national director.

Ellis described the teen as a “gem” and a “rare find.”

“It is almost an impossible task to find a young lady that is focused and goal-oriented, respectful and eager to learn new things and lend her support when needed,” said Ellis.

She has collaborated with Dunkin Donuts to raise funds for children on the autism spectrum, to assist with therapy.

A former resident of Grand Bahama, in the aftermath of Hurricane Dorian, Penelope volunteered with Hands for Hunger to help provide meals to residents affected and displaced after the storm.

She also models and participates in athletics and has over 31,000 followers on Tik Tok. 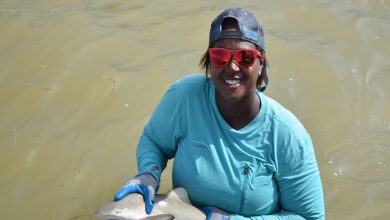