Earning places in the playoff finals are the top four players in each category from the events at the Albany Tennis Academy, the BLTA National Tennis Centre, the Baha Mar Racquet Centre and Freeport YMCA. The boys 12-and-under participants are Michael Major, Jackson Mactaggart, Jerald Carroll and Khai Rees. The girls 12-and-under participants are Sierra Rogers, Saphire Ferguson, Maddison Bowleg and Jalisa Clarke.

The players in the 10-and-under boys category are Patrick Mactaggart, Patrick Mackey, Miguel Smith and Nevon Bethel. For the 10-and-under girls, the participants are BreAnn Ferguson, Rachel Thomson, Millie Beukes and either Bryanne Colebrook or Giorgia Mills. IC member Mickey Williams will be the referee.

The Winterbotham IC Junior Series is designed to help The Bahamas develop a group of talented young players who can work and compete together as friends to improve their games. For this weekend, a round-robin format will be utilized with subsequent playoffs between all opposite numbers in each group on Sunday. This way there is no elimination and all juniors get several matches for maximum experience and enjoyment.

Coaches and parents are asked not to get involved during the IC Junior Series matches but to be supportive of all the young players as they gain early tournament experience. This is in the IC spirit of sportsmanship and its motto of ‘Hands across the net, friendship across the ocean’.

Lead organizer and IC Bahamas Vice President Neil Mactaggart has been delighted at the way the Winterbotham Series has grown, with around 50 juniors at the last event in New Providence. IC Bahamas is a part of 40 such organizations of top players around the world. The IC has announced that a decision has already been made to repeat the Winterbotham Series in 2019, staring on January 19 at the BLTA’s National Tennis Centre.

Many of the juniors who played in the 2018 series and are in the playoff finals recently competed in the Little Mo International Tournament in Palm Beach Gardens, Florida, where they had considerable success. This included Patrick Mactaggart reaching the final of his age group in singles. BreAnn Ferguson with her partner from the United States won the girls 10s doubles, and Mactaggart and his partner from Ecuador won the boys 10s doubles. This took place with about 450 juniors from different countries competing in the events.

“Our Bahamian players were helped by their local experience in the Winterbotham IC Junior Series that is minimum cost to all juniors who participate — a factor that, together with locally based tournaments, the IC considers important to develop a larger group of talented young Bahamian players. It was a great performance, and it is a good sign for the future of Bahamian tennis,” a release stated.

The winners and runners-up in all categories of the playoff finals will receive a grant from the IC to assist in their further development in tennis. Grand Bahama finalists will get some assistance with their travel to New Providence for the playoff finals.

IC Bahamas President Kit Spencer organizes another major international IC event, the IC Worldwide Junior Challenge that is held on each continent for 16-and-under national team players, and has announced that in 2019 the name of tennis legend Rod Laver will be added to this event. He also announced that The Bahamas will host the North American Regional Challenge in December 2019.

Spencer said the Winterbotham IC Junior Series is a great development event for the youngsters. He said hopefully many of them will attain tennis scholarships in the United States and some will represent The Bahamas on national Davis Cup and Fed Cup teams. At the last North American International IC Junior Challenge, The Bahamas defeated Mexico and finished second to the United States. The event was held in Mexico City, Mexico. The United States recently went on to win the worldwide finals in Tokyo, Japan. At the worldwide finals, the winning teams from each continent take part with many of the juniors ranked in the top 200 in the world.

The IC Bahamas organization is delighted at the way Bahamian juniors have flocked to this specially designed Winterbotham Series for players in the important development groups from under-10 to under-12. It thanks Winterbotham Trust Company and its president, Ivan Hooper, for its sponsorship that makes this possible. The organization also thanks the management of the four venues which has provided the facilities and worked together with the Bahamas IC to make each event popular with the juniors gaining experiences. 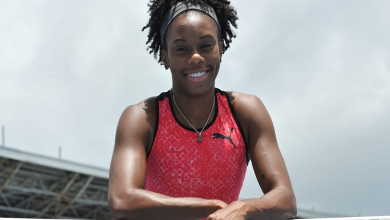 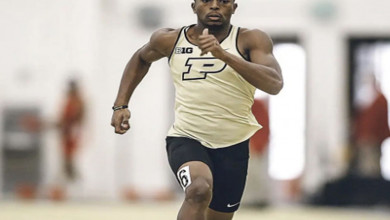 Colebrooke bows out of men’s 100m