Amidst ongoing developments of COVID-19 around the world, the Progressive Liberal Party (PLP) on Saturday announced that it has formed a “PLP COVID-19 task force” to deal with matters relating to the new coronavirus.

PLP Leader Philip Brave Davis made the announcement via a press statement.

“In keeping with the constitutional responsibilities of the parliamentary opposition in the affairs of this country, I wish to announce the establishment of the PLP COVID-19 task force with immediate effect,” Davis said.

He added, “The mandate of this task force is to, from time to time, inform our members, supporters and the country on new developments and events both locally and internationally surrounding this global pandemic and its potential impact on The Bahamas; to monitor the performance of the government in the handling of this critical issue; and to assist the government in public health issues for the protection and well-being of the general public.”

He also called on government to address the matter in more detail.

“I also call on the government to have a comprehensive response to and an economic forecast in light of the potential economic fallout given the recent announcement by the president of the United States on the schedule of cruise ships leaving U.S. ports for the next 30 days,” he said.

“It is the considered view of the PLP that legislation is needed as a standard national and government response in these extreme and unusual circumstances.

It has since spread to all continents except Antarctica, with major outbreaks in China, South Korea, Iran and Italy.

United States President Donald Trump recently implemented a ban on travel from Europe, including the UK, and announced that outbound cruise ship activity is suspended for 30 days.

Yesterday, Acting Minister of Health Jeffrey Lloyd announced a 61-year-old woman with no known travel history outside The Bahamas in the past 20 days has tested positive for COVID-19.

Health officials yesterday urged the public to follow recommend hygiene practices, to avoid social gatherings and not to “flood” hospitals or clinics if they feel ill.

COVID-19: We will come through this together 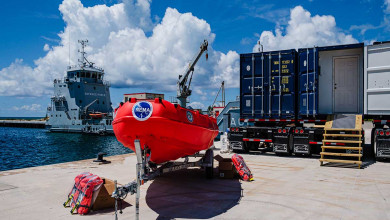