As of Sunday, gas stations, pharmacies and laundromats on Abaco and New Providence will be allowed to operate on Sundays, the Office of the Prime Minister announced last night.

The businesses, which were prohibited from opening on Sundays since October, will be allowed to operate between 6 a.m. and 9 p.m.

Outdoor dining on Abaco and New Providence will also be allowed on Sundays.

Effective immediately, funerals on New Providence, Abaco, mainland Eleuthera and mainland Exuma are now allowed to have a maximum of 20 people at the graveside only — excluding the officiant and mortuary workers.

Wedding ceremonies in a religious facility are now allowed — on the same islands — with a maximum of 20 people in accordance with the protocols established by the Bahamas Christian Council and approved by the Ministry of Health.

Both weddings and funerals were previously restricted to no more than 10 people.

On Tuesday, Minister of Health Renward Wells suggested that Prime Minister Dr. Hubert Minnis, in his capacity as competent authority, would relax COVID-19 restrictions amid a continued downward trend of new COVID-19 cases.

“I do believe the prime minister is going to be coming back to the country, as he said, with regards to our circumstances and making further decisions for us as a people based on the health recommendations,” he told The Nassau Guardian.

“So, it will be what the Ministry of Health professionals are recommending and then we’ll take that into consideration and the competent authority — the Cabinet and the prime minister — will move forward.”

Wells had previously told reporters that the first two weeks of January 2021 would determine whether more restrictive measures are necessary to curb the spread of the virus in The Bahamas.

As of Tuesday, 8,075 cases have been confirmed; a majority of those cases were confirmed between July and October.

One hundred and seventy-six cases were confirmed between January 1 and January 19, according to the Ministry of Health. 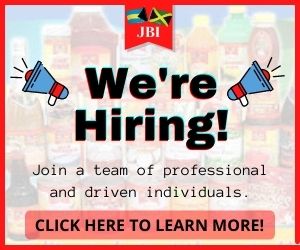