As FNMs make their troops more visible on the ground in the midst of a pandemic, the party is doing so in an atmosphere of substantially depleted goodwill, dismal economic prospects and a deficit of hope that will make them a difficult sell.

It has been unable to deliver on promised transformative governance, electoral and immigration reforms, anti-corruption legislation and economic revitalization.

The unprecedented and catastrophic crises of Hurricane Dorian a year ago and the current COVID-19 pandemic have dealt a double blow to an already largely derailed government agenda.

The Ministry of Finance recently reported that these events led to an estimated threefold increase in the fiscal deficit to $788.1 million at the end of the 2019/2020 fiscal year.

Prime Minister Dr. Hubert Minnis has repeatedly promised a national address on the economy. It has been five months since he appointed an Economic Recovery Committee to make recommendations to Cabinet on the long-term economic recovery of The Bahamas economy, including job creation and stimulating small business recovery and development in response to COVID-19.

Minnis has not yet made his address; the committee’s recommendations are expected this month.

We cannot imagine what FNM campaign and constituency workers are saying in the various constituencies. What pitch could they possibly be making in light of the current state of affairs?

The director of labor in August estimated unemployment to be “well over 40 percent”; the national debt is forecasted to hit $9.5 billion, 82.8 percent of GDP; new investment inflows are at a trickle; and the people of Abaco and Grand Bahama have in large numbers lost complete confidence in the Minnis administration over its post-storm management.

Major projects for Grand Bahama are in limbo, if not collapsed.

Overall tourist arrivals in the second quarter of 2020 totaled just 3,998, following a 16 percent growth to 1.89 million during that period in 2019, according to Ministry of Tourism data. And while it is the government’s desire — and for certain the desire of Bahamians everywhere — that major resorts get up and running in time for the busy holiday season, there is no indication that this will be the case.

We have not been able to get our COVID-19 community spread in hand. New Providence is still recording between 30 and 60 new cases every day.

While the minister of tourism has targeted October 15 as the date for hotels to be up and running fully and for beaches to be fully open, there is no expectation that there will be any measurable change in the tourism product within the next three weeks.

With the strict requirement that visitors get tested for COVID-19 within five days of travel and quarantine for 14 days upon arrival in The Bahamas (or less if their trip is shorter), tourism will remain halted.

We may not see any signs of life on the tourism front heading into the new year.

For thousands of Bahamians who depend directly on that industry to make a living and those who depend on it indirectly, the news is grim.

We await the recommendations of the Economic Recovery Committee and the government’s policy initiatives in response, but without The Bahamas getting its COVID-19 situation under control, and without confidence in travel being restored in our key tourist markets, revving up our economic engine in the near to medium-term would be near impossible.

On the ground, many who are hanging by an economic thread, whose lives have been upended, will find it hard to trust that the FNM is equipped to reverse their fortunes.

Notwithstanding speculation about an early election, they still have a lot of time to make up their minds on what they will do in the ballot box.

A key question objective observers should consider is this — how do we gauge the level of forgiveness, if any, the current administration deserves in light of the unforeseen disasters of Dorian and COVID?

Consideration of that question calls for a reminder of what was pledged, an examination of what was achieved prior to these crises and the government’s management of them.

The simple answer is a lot.

It is not possible in this column to list all the many pledges and declarations made ahead of the 2017 vote.

Many were wildly made to appeal to public sentiment. FNM Leader Dr. Hubert Minnis’ promise to hold a referendum on capital punishment is one example.

In making his case for why the FNM should be elected and the “inept” Christie administration kicked out of office, Minnis also declared: “The FNM is the only party with a serious plan to stimulate job creation and deliver sustainable growth through fiscally responsible policies and innovative investments.”

The party followed up with a 56-page manifesto, which in all likelihood was not a specific focus of the vast majority of voters who were determined to see the backs of the Christie administration after a disastrous five years in office.

In the opening pages of that manifesto, the FNM promised electoral reform, including term limits for the prime minister, the introduction of a recall system for non-performing MPs, the establishment of an Office of Ombudsman, an independent Constituencies Commission, an amended Public Disclosures Act to include campaign finance reform and the timely submission of all mandated reports to the House of Assembly.

The party failed to deliver on those items.

It has also failed thus far to fully enact the Freedom of Information Act as it repeatedly promised.

There was no sense of urgency in fulfilling any of those promises, which played into the Bahamian people’s disgust at the Christie administration for unaccountable governance and fed the widespread perception of PLP corruption.

Promised anti-corruption legislation was introduced in Parliament in 2017, but must be somewhere in the dust bin as it received no attention after it was tabled.

As perceptions go, one thing the Minnis administration has avoided is a widely held view that it is corrupt. That may play favorably for the governing party as its opponent, the Progressive Liberal Party, still tries to shake the perception that it is the party of corruption. It still has a long way to go in sanitizing its image.

Page 15 of the manifesto states that the FNM believes that the deepening of our democracy requires the immediate introduction and implementation of local government on New Providence “so that our citizens could likewise participate in the governance of their communities”.

The committee appointed by the prime minister to advise on local government reported a year and a half ago. The government that pledged immediate introduction has ignored the findings.

The FNM also promised fiscal reform. Of course, it did not promise to increase value-added tax, but it did so anyway, advising that it had met the cupboard bare and we were doomed without such an increase — from 7.5 to 12 percent.

The poor are the ones who have suffered the most from this regressive tax. The FNM had pledged to reduce poverty.

These pledges are still largely outstanding.

The much-touted Over-the-Hill economic zone is in place, and according to the government, as of June, approximately $1.246 million in business license, customs duties and real property tax concessions have been provided to 50 businesses.

The government was not on track in substantially fulfilling other mentioned pledges prior to Dorian or COVID.

Bahamas Power and Light (BPL) remains in a critical state despite certain announced upgrades and the signing of a deal with Shell to provide an LNG plant at Clifton. BPL’s power supply remains inconsistent.

The FNM also promised to focus on empowering a new class of entrepreneurs utilizing the buying strength of government and government’s influence in the private sector.

It did follow through on its pledge to introduce the Small and Medium Enterprise Development Centre. The government provided close to $40 million last fiscal year toward the program, aimed at assisting micro, small and medium-sized enterprises (MSMEs) stay afloat during the economic fallout from the pandemic.

It also promised to implement a functional National Health Insurance (NHI) plan “with a robust catastrophic healthcare component” and continuing a program of upgrading healthcare facilities across The Bahamas. While there is some semblance of NHI, catastrophic care is not a part of it.

Our healthcare system has been ill-equipped to handle the pandemic.

On the crime front, the government promised to establish a National Intelligence Agency, which it has not yet done. It did establish its promised National Neighbourhood Watch Consultative Council as promised. The police force reported in July that crime overall decreased by four percent in the first half of 2020.

The FNM also promised immigration reform. The draft Nationality, Immigration and Asylum Bill has been making the rounds for quite some time now. It is not currently receiving any legislative focus.

In Parliament nearly three years ago, the prime minister declared there will be legislation to ensure all Bahamian women have the right to automatically transfer citizenship to their children regardless of where they are born. No more has been said of it.

In many respects, the Minnis-led government has been low on achievement. But it can count some successes, including finally addressing longstanding problems at the New Providence Landfill.

Its signing of a deal with Global Ports Holding to redevelop the Nassau cruise port was also an important move. Work has continued on the port throughout the pandemic.

With the clock running out on its term, the Minnis administration will need to focus on stabilizing the economy in 2021 as priority number one. Everything else will dim in comparison to the need to get people back to work.

This will not be easy and there are no signs that suggest the economy will show any appreciable improvement in the coming months.

Knowing that things are not likely to get much better in the near to medium-term, Minnis might decide not to run out the clock, but to call an early election.

Many factors will come into play in voters determining what they will do, but their economic circumstance will likely feature prominently in whether they decide to take a chance with the FNM again or turn to the arms of Philip Brave Davis and the PLP.

The FNM should understand what it is up against. Reminding voters of the impact of COVID and Dorian and expecting a pass will probably not be enough to make a convincing enough case. 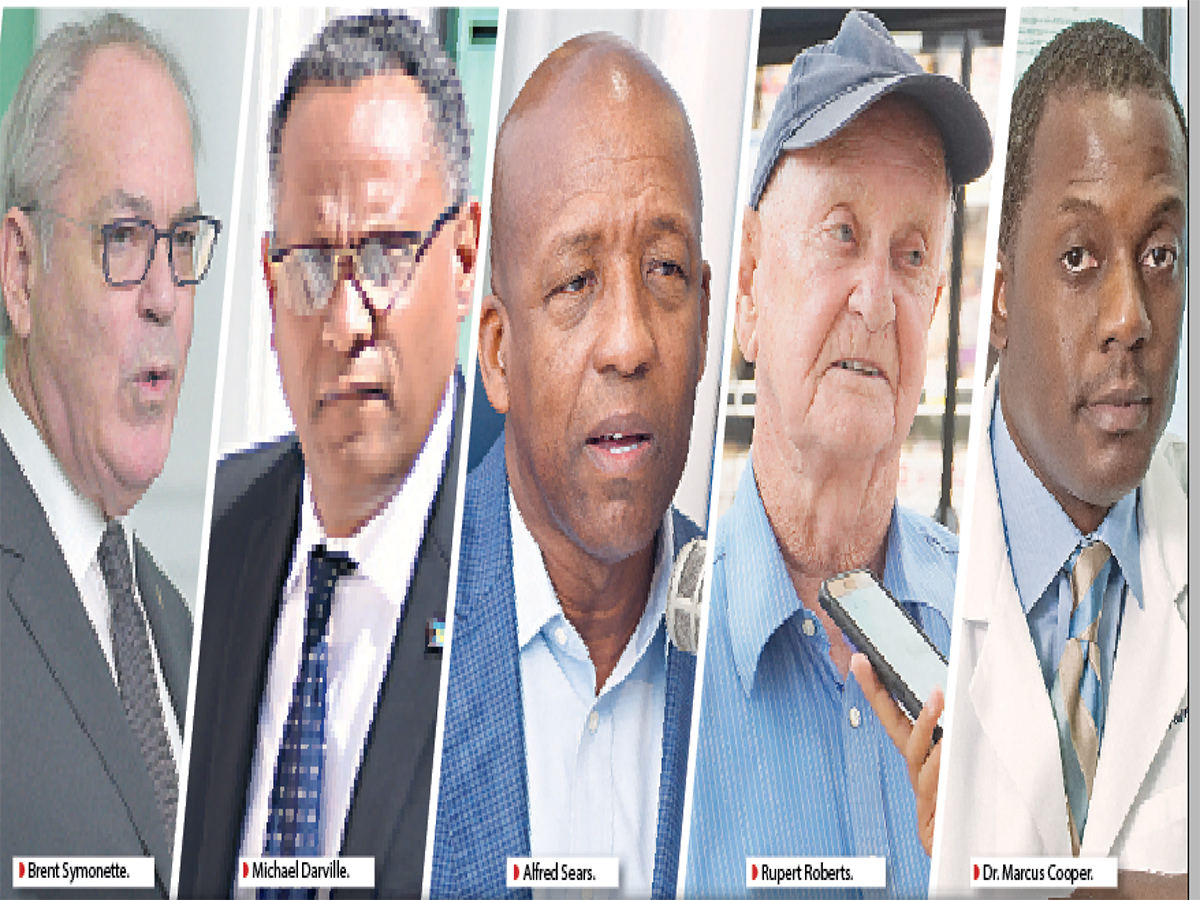 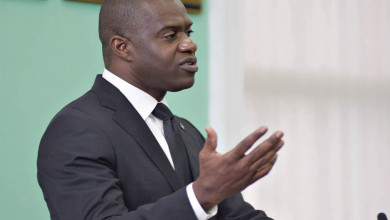 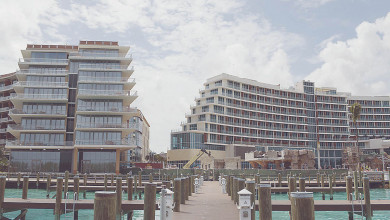 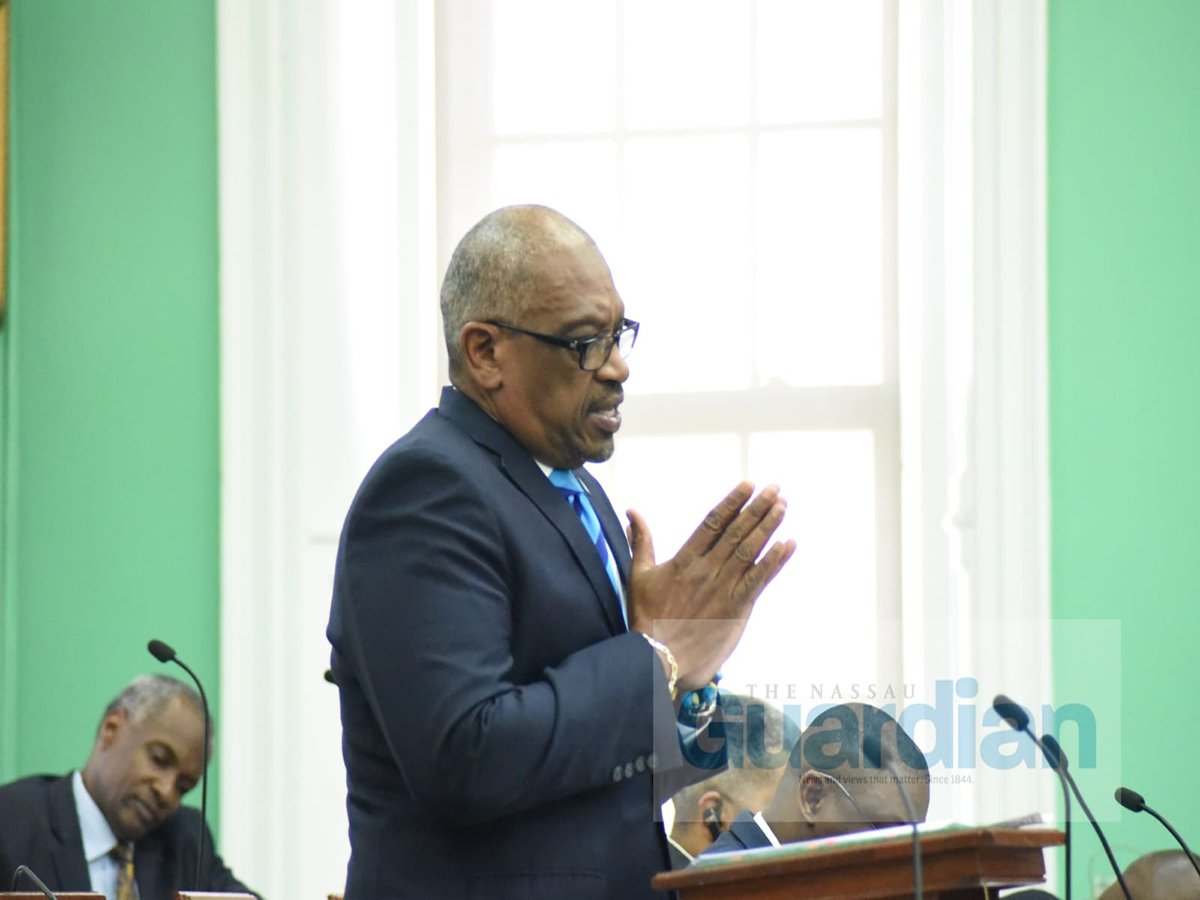