With students from public and private schools as well as institutions of higher learning out of the physical classroom since March 16, the postponement of national exams and virtual learning the current normal – many parents are left wondering whether their children who comprise the Class of 2020 will graduate – while others wonder whether grade promotions will happen for the next academic year.

Lyford Cay International School (LCIS), Queen’s College and the Catholic Board of Education (CBE) officials say they are on track to graduate their 12th grade students. And that students in other grade levels are expected to be promoted to the next level – once all requirements to do so are met.

University of The Bahamas officials say they are on track to graduate their Class of 2020 as well.

“The International Baccalaureate (IB) Organization, in consideration of the COVID-19 pandemic canceled the IB Diploma exams our seniors were scheduled to take in May of this year. However, because the IB program has course work that has been submitted by our students already, they have a basis for forming a grade. Thus, students will still receive a final grade for each IB course in which they are registered, which will allow them to move on to the college of their choice upon graduation,” said Mindorff.

Twenty-three students comprise the Class of 2020, the school’s largest graduating class to date.

Mindorff said their students have been able to continue with their classes virtually and complete the requirements to receive the LCIS High School Diploma. He said LCIS parents have received frequent updates from the school’s administration through tri-weekly updates and virtual parent meetings hosted by the school counselor.

LCIS was among public and private institutions that have seen their teaching move online after Minister of Education Jeffrey Lloyd announced a one-month closure of all schools on March 16, after the first case of COVID-19 was confirmed in The Bahamas.

In-country, there are now 53 confirmed coronavirus cases with eight deaths and 712 people in quarantine. The global pandemic has infected 2,047,731 people with 133,354 deaths as of Wednesday, April 15.

On Monday, April 6, Lloyd said in the House of Assembly that schools would not reopen until Prime Minister Hubert Minnis gives the order to do so.

A Ministry of Education press release on Good Friday advised that educational campuses in The Bahamas would remain closed for instruction until further advice is received from the Ministry of Health. And that all examinations, including the national examinations – Grade Level Assessment Test (GLAT), Bahamas Junior Certificate (BJC) and Bahamas General Certificate of Secondary Education (BGCSE) will be postponed until such time as the  government deems it safe for students, teachers and support staff to return to physical buildings.

The press release further stated that in order to advance the teaching and learning process, the Ministry of Education would continue its virtual learning platforms. Lessons were also to be broadcast initially on cable channel 295 beginning Wednesday, April 15 and shortly thereafter on channel 296.

Mindorff said LCIS students at lower grades would also not be impacted from promotion for the next academic year to the next grade level, due to school closure and their learning having moved to online channels.

“Part of what made the transition manageable for us was that the school had already been using several digital platforms that allow for remote teaching and learning,” said Mindorff.

“Managebac, Seesaw, HiMama, Zoom and Google School were routinely used by students and teachers at LCIS across the grades before the pandemic forced us to begin remote learning. Teachers began using a blend of synchronous and asynchronous teaching to ensure flexibility as well as a routine for students,” said the principal.

LCIS further allowed its students – down to preschoolers – who needed devices to take home school-owned laptops or tablets. “Due to these efforts and the conducting of assessments virtually, the transition to virtual learning will not have an impact on students’ progress to the next grade,” said Mindorff.

Reverend Henry Knowles, Queen’s College principal, said they are confident the school’s 12th grade students, which number at just over 100 students, have fulfilled all of the country’s academic requirements for graduation.

Knowles said their students are able to sit their United States-based examinations online and as such their performance should not be impeded in anyway.

“We know that SAT [Scholastic Aptitude Test] exams have all been postponed, but AP [Advanced Placement] exams are still happening the first and second week of May,” said Knowles.

As for the actual graduation ceremony, he said they are looking at various options including a virtual graduation. Because they plan ahead, Knowles said they already have all of the graduation photos for their students and have the capability to hold a ceremony virtually if they have to. But he said it’s not their preference.

As for promotion of grade levels in the next academic year, Knowles said Q.C.’s internal structure allows them to catch up on any deficiencies they may have missed during this period.

“Our curriculum is usually more intense so we are able to catch up,” he said.

“We have the support systems in place with specialists and intervention teachers, curriculum coordinators and we have a huge guidance department; so we have the capability of catching up on any students that are lagging behind, so we do not foresee any problem with promoting students [to the next grade level].”

But he said he doesn’t think many people have even begun thinking about September yet, and that their minds are basically on how to finish the school year; would they take end-of-year exams and what report cards would look like.

“That’s been more the primary focus of most schools – especially for us.”

The Q.C. principal said they are prepared to work with their students and the Ministry of Education which they always try to support.

“We’re hopeful that the ministry will find a way to sit external exams. We now know that the longer this period goes, the more the students lose out, and so we are hoping that some form of decision is made so we can properly plan as a school,” said Knowles.

Claudette Rolle, director of Catholic education said the CBE is proceeding as usual until the Board decides otherwise.

“Unofficially proceeding as otherwise, means as of now, Grade 12 will graduate and students will go on to the next level,” said Rolle.

“Teachers are on holiday now and will resume online teaching on Monday [April 20]. In terms of resuming school, we will be guided by the Ministry [of Education],” said Rolle in a written statement.

A response from the University of The Bahamas (UB) –  which remains operational remotely – as to whether it will graduate a Class of 2020 said “students graduate in the semester in which they are deemed to have completed their academic requirements. The commencement exercise is the ceremony that recognizes their achievement.”

That ceremony in which graduates “walk” has been postponed until further notice, with an announcement of rescheduling in the future to be held under the guidance of national protocols and health authorities.

The quality of leadership is not strained 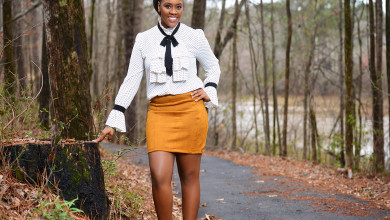 Getting creative with educational funding 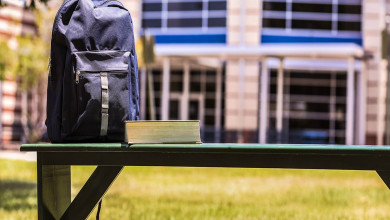 Private schools reopen doors to face-to-face instruction for some 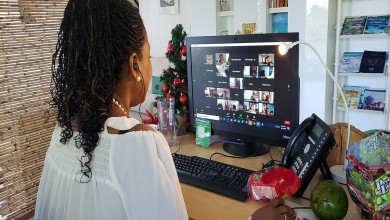 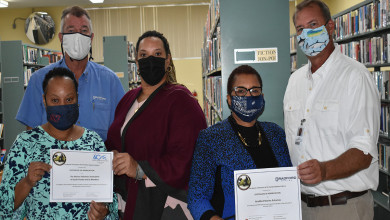