Education minister Jeffrey Lloyd, one week ago today, during his national address, announced a push back to the reopening of the virtual academic year from September 21 to October 5, due to the “substantial increase in the [COVID-19] infection rate on New Providence and on other islands”, forcing the Department of Education to engage in more “urgent planning and considerations”.

Despite the announcement, a number of private schools are holding steadfast to their September virtual school re-openings which they had already set.

Ministry of Education (MoE) schools were originally to reopen virtually on September 21, with 100 percent online learning and a transition to hybrid/blended learning on October 5.

During his national address, Lloyd noted that the “one-size approach does not fit all, [and] what works best in one scenario may not be best for another”.

He did say that the ideal arrangement for children, especially those in the pre-primary, primary and even middle years, is the face-to-face model which guarantees their most effective social, emotional, intellectual, physical, cultural and spiritual development, as it is the least disruptive to the established routine, and easier to monitor and evaluate the instructional process and provides the comfort of normalcy.

He said schools on New Providence, Abaco and Eleuthera will open in a completely virtual environment.

Schools on Grand Bahama and all other islands will open face-to-face.

Lloyd said the delay in reopening would allow the education ministry and parents or caregivers the opportunity to secure the needed devices for the full participation of all involved in the teaching and learning process.

The education minister said there was also a need to complete the installation of the adequate level of internet service needed for connectivity to the department’s virtual platform for thousands of students who will now remain at home in both the public and private education sectors.

Reverend Henry Knowles, Queen’s College (QC) principal, later that same day after Lloyd’s address, in a communication to parents of students enrolled in the school, said QC will begin classes at all grade levels “today as previously announced”.

“We will follow virtual instructions until health officials advise that it is safe to return to campus for face-to-face instruction. At this point we will follow the strategies outlined in our ‘Road Map to the Safe Opening of School’ document.”

Google Classroom will be QC’s main online instructional platform for all sections of the school. All students are expected to receive a “qccomet” email account.

A letter from St. Augustine’s College (SAC) administration to parents, which also fired off the day of the education minister’s address, advised parents that school would begin with the online instruction platform, and the opening date remained the same – September 21.

SAC will use the Plus Portals program which, according to Principal Sonja Knowles, has been “updated or revised”. She said only school-based student emails will be used to access the portal. And that only students with fees that are paid, or whose parents or guardians have entered a payment arrangement with the school, will have access to the portal and classes.

Catholic Board of
Education

Claudette Rolle, Catholic Board of Education (CBE) director of education, said the virtual opening date for Catholic schools would also remain the same with student orientation days September 9 through 11 and full classes for students as of September 14.

CBE will make use of the Google Classrooms platform.

The Anglican Central Education Authority (ACEA), in its communication to parents or guardians of students in the wake of the minister of education’s national address, said its schools would reopen on September 14, as previously announced.

The ACEA, which has responsibility for St. John’s College, St. Anne’s School, Bishop Michael Eldon School on Grand Bahama and St. Andrew’s Anglican School on Exuma, said they will follow a face-to-face learning platform for their Early Learning Centre (grades pre-K to grade two). They also offered parents, who wished for their child to remain at home, the option of virtual learning.

In the letter signed by Italia Davies, director of Anglican education, students in grades three through high school will be engaged in a fully virtual platform. And that all schools will revert to the face-to-face learning platform on October 5, pending the advice from the competent authority and the Ministry of Health.

Kingsway Academy (KA), in a letter to parents on September 2, said their school is still scheduled to reopen for the fall term on Monday, September 14, offering full online classes for all students, with the exception of their kindergarten classes (K3-K5).

The school’s grades one through 12 teachers, according to Gregory V. Williams, the acting director who signed the communication, will instruct classes from their classrooms on campus, following the school’s regular timetable, but would not interface with students until they are given the all-clear to do so.

With national exams scheduled to recommence the same day as the school opening, parents of students registered to sit Bahamas Junior Certificate (BJC) and Bahamas General Certificate of Secondary Education (BGCSE) examinations were asked to notify the school whether their child(ren) would sit the exams. And that 10th grade and 12AT virtual classes will not begin until the end of the relevant exams to allow students to take the exams without missing the first week of their virtual learning classes. And that ninth-grade students who sit the BJC exams at this time will miss their virtual classes on the days they have exams.

In his letter, Williams said the MoE has offered to arrange refunds of exam fees for parents who choose to withdraw their child(ren) from the exams and make the request to KA no later than September 10.

A communication to parents dated September 1 and signed by Lisa Miller, Nassau Christian Schools (NCS) acting principal, advised parents that there would be no change to the school’s opening date, and that the institution would reopen virtually, as previously communicated on September 14.

The NCS official learning platform will be Google Meet Classroom. Students are expected to be engaged following the class schedule for the full school day. Only students who appear on the official class roster, cleared by the business office, will be allowed to access the virtual learning platform and participate. 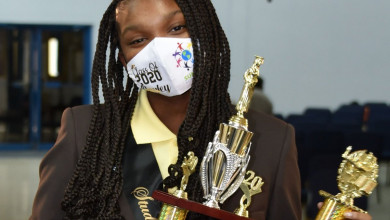