In this series for the last two weeks, we observed how, in the lightning flash of an instant, our lives were radically transformed due to the COVID-19 pandemic. The things that we took for granted slowly slipped away, like seawater in the palms of our hands, irretrievably consumed by the vastness of the ocean whose scope seems limitless.

We also observed that the post-COVID-19 era will require new thinking on all levels of human intercourse, as well as a paradigm shift in individual behavior and interpersonal relationships.

Therefore, this week, we will continue to consider this — what will be required to reset our mindset if we will emerge from the COVID-19 crisis more robust and more resilient than we were before the pandemic transformed our lives?

This week, we will address how we can reset our mindset regarding our management and utilization of Crown land.

Crown land is defined as public land or the territorial area that is owned by the state. In The Bahamas, the Department of Lands and Surveys manages Crown land, which falls within the prime minister’s portfolio.

In preparing this article, we requested a Schedule of Crown Land (the schedule) from the Department of Lands and Surveys. The schedule summarized all land, including Crown land, as of December 31, 2002. The information provided was extraordinarily revealing, albeit considerably dated.

The schedule indicated that the total land in The Bahamas was comprised of 3,448,837 acres.

Crown land is further segmented into several categories. Leased Crown land totaled 237,583 acres, “wet” Crown land accounted for 910,341 acres and “dry-not-leased” Crown land amounted to 1,362,205 acres. The last figure reflected the amount of Crown land that was available for distribution by The Bahamas government as of December 31, 2002.

It is interesting to note that, as of that 2002 report, there were only 448 acres of “dry-not leased” Crown land on New Providence and Paradise Island.

Bahamas Crown land is not for Bahamians

Over the years, successive governments have failed to address more than an estimated 30,000-plus applications for Bahamians who have applied for Crown land.

This extraordinarily high number of applicants accentuates the poor management and lack of attention that has seriously contaminated this process.

It also reinforces the perniciously pervasive perception that The Bahamas does not exist for the benefit of Bahamians. The persistent negligence by successive governments has impeded Bahamians from doing business and building homes in their own country. By contrast, foreigners have fared exceptionally well in accessing Crown land.

In an article, former Attorney General Alfred Sears, QC, once pointed out that, “Significant Crown grants, long Crown leases and government conveyances and leases by the Hotel Corporation and the treasurer were made to Baha Mar, Baker’s Bay in Abaco, MSC in Ocean Cay port and resort, Resorts World/Bimini Bay, Royal Caribbean seabed lease in [the] Berry Islands, Sandals Royal Bahamian in Nassau, Sandals Emerald Bay in Exuma and Breezes in Cable Beach and numerous islands and cays in the Exumas and Abacos.”

The enormity of the great Crown land giveaway is shocking in some instances. While in office, the Christie-led Progressive Liberal Party (PLP) government executed a heads of agreement that involved the transfer of 10,000 acres of Crown land in Mayaguana to a joint venture owned by the Boston-based I-Group and the government, subject to the former achieving specific investment, development and project goals.

In 2018, Oban Energies, a United States company that proposed to build a $5.5 billion oil refinery and storage facility in East End, Grand Bahama, was expected to lease 690 acres of Crown land.

But there are many thousands of applications from Bahamians that have yet to be processed.

This preference for awarding Crown land to foreigners, juxtaposed to the estimated unprocessed 30,000 Bahamian applications, clearly and conclusively demonstrates that Bahamians have not now and have never been prioritized to receive Crown land.

While foreign direct investments are vital to economic development and growth, encouraging Bahamians to become entrepreneurs, homeowners and business owners, with the assistance of Crown land, is equally important. It is, in fact, essential. Disbursing Crown land to qualified Bahamians with zeal and enthusiasm equal to, if not greater than, a foreigner, is a powerful driver for empowering Bahamians.

A more efficiently managed Crown land system could spur economic growth for Bahamians, especially those living on Family Islands. On those islands, the cost of living and doing business is already higher, inclusive of the cost of food, clothing, transportation, utilities and a myriad of shipping supplies.

The disparity in the issuance of Crown land to Bahamians versus foreigners in terms of ownership and management raises several questions: why have successive governments been so nonchalant in fixing this process? Is it because they do not want the average Bahamian to have this land? Given the availability of land and desire of Bahamians to possess the land, does the government not understand that, without that ownership, it is very difficult for Bahamians to rent or take out a mortgage secured by Crown land, especially on the Family Islands?

It is past time for the government to update its inventory of Crown land. It is appalling that the most recent inventory of Crown land available from the Department of Lands and Surveys is 18 years old. This is disgraceful and must be urgently updated. It begs several questions: is anyone working in the department? Why isn’t there a more updated schedule?

Also, in the interest of accountability and transparency, the government should be required to submit an annual audit regarding the changes in Crown land from year to year.

This annual audit which details the disposition of Crown land should be tabled in Parliament if we are going to remove the shroud of state secrecy that now envelopes the status, use and management of Crown land.

It is equally essential for the government to definitively address the 30,000-plus Crown land applications submitted. It must also provide a list of people who have received Crown land and the amount received.

The results will surprise some and infuriate others.

It is reasonable to assume that this will also expose the depth and scope of personal greed by some of our compatriots as well as the corruption of the system.

In July 2009, Parliament appointed a select committee to, among other things, “inquire into all matters touching and concerning the disposition of all publicly owned lands”. The select committee, which was chaired by Frederick Mitchell, along with committee members – Charles Maynard, Philip Davis, Branville McCartney and Kenyatta Gibson — submitted its report to Parliament on January 21, 2010.

The committee proffered important recommendations, although it is unclear that any of them were seriously acted upon by the Christie-led government. The committee recommended:

• that applications for Crown land or any public land should be available online and have a tracking number;

• that there should be clear guidelines regarding the policies which govern the granting of Crown land or any public land;

• that there should be adequate political oversight of the disposition of Crown land as well as full, frank and public disclosure to the decision-makers in the process of the applications to ensure transparency;

• that all Crown land applications should be made public and published on the government’s website and in the press to allow the public to see who is applying for publicly held lands and what is the intended use;

• a single minister should not make Crown land decisions, but, instead, this should by law be vested in a commission or board;

• that a deadline should be imposed for responding with acceptance or rejection of an application, along with an appeals process; and

• that there ought to be policies that limit or prohibit those who are directly responsible for the allocation of publicly held lands from benefiting, or their family and friends from benefitting, from the disposition of those lands.

However, the “committee was unanimous in the view that there ought to be full, frank and public disclosure required of all familial, business or friendly connections of the applicants for Crown land by officers in the department or the ministry responsible on pain of penalty”.

A persistent concern of many young Bahamians is whether land will be available for them and future generations at affordable prices. There should be prudent conservation and effective management of Crown land, which is a powerful resource in the government’s coffers and should not be squandered.

Today’s policymakers must be keenly aware of their responsibility and duty to protect the heritage of our country. One of the primary ways that this can be done is by protecting Crown land for future generations.

The most persistent complaint regarding Crown land, the disturbing delay in dealing with applications, must be aggressively addressed if this resource is going to provide the enormous catalyst for development that it represents.

Our Crown land bank represents the government’s best opportunity to economically empower Bahamians and encourage and support economic and social development throughout the islands.

We are not an impoverished nation. In fact, with 1.3 million acres of Crown land, we are incredibly wealthy, with tremendous opportunities for the economic empowerment of thousands of our citizens.

We have developed poor habits and approaches to extricate ourselves from the quagmire about which we often complain. We have an enormous treasure trove in our Crown land as a starting point to catapult ourselves into a more productive future.

By resetting our mindset, this time regarding our use and management of Crown land, our greatest natural resource, we can demonstrate to ourselves and the world that The Bahamas can still be among the greatest countries in the community of nations.

It remains to us, individually and collectively, to reset our mindsets to embrace the challenges and make all the tough decisions that lie before us.

Why is there no penalty for those wearing masks improperly? 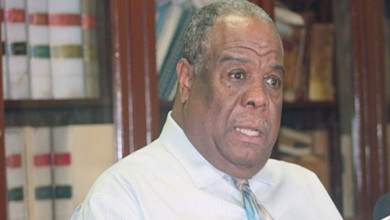