A total of 39 members of the Bahamas Roadmasters Running Club (BRRC) took part in the virtual running of the 125th Boston Marathon on Sunday.

After 18 weeks of intense training, runners lined up at the Cable Beach Police Station, ran along the Cable Beach strip, taking a few loops on a structured course to complete the required 26.2 miles. The race got underway at 2 a.m. Sunday morning.

The top Bahamian female finisher was Anastasia Turnquest, crossing the finish line in 5:19:14. Leah Rolle was second, finishing in 5:30:16, and Lynda Burrows was third in 5:31:29.

“It was very impressive to see 39 of the club members accept the 18-week challenge and participate on race day,” said Major. “What was particularly inspiring and motivating was to see over eight previous pearls. I call them the teenagers of the club – the seniors, over 60. They attacked the 26.2 miles with all they had and completed it with great times. Also, we had about 10 or more first-timers who embraced the challenge and finished the race with energy to spare. They are on the proverbial ‘runners high’ and can’t wait for the next event.”

Major said one of their senior members, Dr. Ebbie Jackson, twisted her ankle before the start of the race, blocked out the pain, still competed and went on to finish the race.

“Being the trooper that she is, she put mind over matter and called on her God and her God brought her through the finish line. She was painful but thankful,” said Major.

Major said he’s thankful for the runners who turned out in full force on race morning and completed the race. In total, there are about 62 members in the club.

“The rest of the club members who didn’t run came out in full support of their fellow Roadmasters members,” said Major. “A few family members of some of the Roadmasters runners came out to assist with cheering, water stops, and other amenities. I want to extend a special thank you to all who supported in some way. It was heartwarming to see the full support of the club and their family members.”

The next event on the club’s calendar is their signature event, the ‘Cancer Treatment Centers of America Virtual 9th Bahamas Half’. The annual event, featuring a half marathon (13.1 miles) and a 10 kilometer (k) race which stretches 6.2 miles, is set for November 20 and 21. All finishers receive a 2021 Bahamas Half medal and a T-shirt. Interested persons can register online at the website www.bahamashalf242.com or in person at Four Seasons Nursery Landscaping and Pets Supply in Chippingham or Palmdale Vision Centre in Palmdale.

The registration fee is $50 for the half marathon and $25 for the 10k race. Part proceeds from the event will be donated to the Nurses Association of the Commonwealth of The Bahamas.

“We are once again appealing to the running public for their support,” said Major. “This time, participants will have two days to complete the virtual event. We have included running swags, brand new 2021 Bahamas Half medals, T-shirts and a buff,” he added.

As for the virtual running of the 125th Boston Marathon, the local participation was sponsored by Bahamian Brewery Ltd. (Sands Beer), Caribbean Bottling Co., Suntee and Island Buggy Tours.

“We have to extend a special thank you to the Royal Bahamas Police Force for the escort on race morning and also to the Commissioner of Police for assisting us in allowing us to train for 18 weeks outside of the curfew hours. We also have to thank the local print and electronic media for coverage,” said Major.

This year’s Boston Marathon was the first in race history held outside of April, and tens of thousands of athletes took part from separate locations.

Jones has two dunks in Hornets loss to the Heat

Crime drops by 2 percent in first nine months of 2021 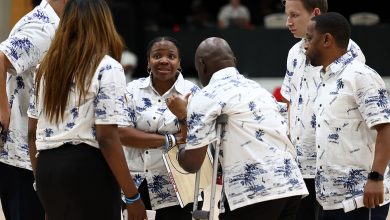 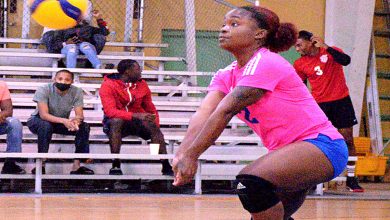 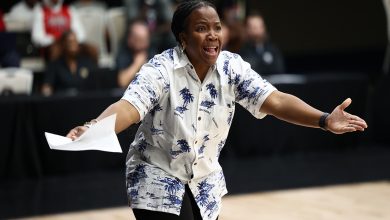