COVID-19 pandemic travel protocols delayed Robinson’s arrival at the training site, but the Bahamian was able to be added to the team’s 60-man training roster on August 20. He had a late start but Barfield was amazed by how quickly he adapted.

“Everyone else was already in mid-season form and it took him, like, two days to look like he’d been playing there all year,” Barfield said.

“He had a few games where he’d do something to make you think, ‘We don’t have anyone else who can do that,’” Barfield said. “He hit three homers – three opposite-field home runs – in back-to-back-to-back at-bats over at Chase Field. One in the pool, one over the pool and one on the concourse. He does some things that not many people can do.”

In 2019, he played in Minor League Baseball (MiLB) at age 18 – his second season playing for the Diamondbacks. He played in Class A Short Season for Hillsboro Hops in the Northwest League and Class A for the Kane County Cougars in the Midwest League. He finished that season with a batting average of .282., an on-base percentage of .368 and a slugging percentage of .514.

The 2020 MiLB season was canceled due to the COVID-19 pandemic.

The number 39 prospect on MLB Pipeline’s Top 100 prospect list sent the ball deep for 14 home runs in 2019. He finished with 72 hits in 255 at-bats. The outfielder was also able to show off his speed as he stole 17 bases. Robinson was able to get 13 doubles and two triples to go along with 51 runs batted in (RBIs).

He spent the majority of the season with the Hops where he played in 44 games and played in 25 games for the Cougars. Robinson’s average dropped off a bit after being assigned to the Cougars, but his power numbers remained pretty much the same as he connected on five more home runs in just 25 games. He has a good eye for the ball and when he meets the ball out front and makes good contact, it goes a long way.

Many expect Robinson to be called up to the majors within the next two years, but the D-backs’ system is loaded with talent. However, if he keeps producing and putting up impressive numbers, his time in the minors could be short-lived. He turns 20 in December and if he keeps getting better in the offseason, then next season he might turn more heads and could be called up to the majors.

Robinson signed with the Diamondbacks for $2.5 million in 2017 and has raised his stock in his two years in the minors.

Jones drops in 18 points in a win 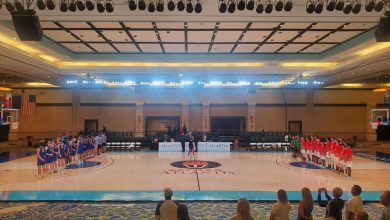 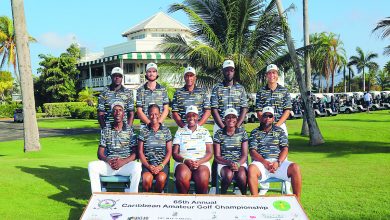