The name is Roxie – Roxie Starr that is, and she said she really can’t share the back story on how the moniker came to be. The only thing she shares is that it’s an inside joke between herself and an ex … and The Nassau Guardian is a family friendly newspaper. Suffice it to say, the person that people have come to love as Roxie Starr for her gift of gab, actually developed from a place of trauma.

In 2009, prior to identifying herself as Roxie Starr on social media from her government name Sherrelle Duncombe, she had been through so much – complete and total vision loss in her left eye which forced her to return home from university, survived sexual assault, lost a child, was on a path of alcohol abuse and battling depression – that she said Roxie was created to protect Sherrelle.

“Roxie was created as an alter ego to portray this strength that Sherrelle had lost and which she just couldn’t find again.”

She said Roxie became the embodiment of “I am who I am.”

“So, I guess to sum it up, Roxie was created to protect Sherrelle.”

Roxie Starr came across my sphere in December 2020 as I joined the Zonta Club of New Providence 11th Annual Wine Dinner, which she co-hosted virtually in the midst of the COVID-19 pandemic with Zontian Claudia Pinder. I was mesmerized and enthralled by Roxie Starr’s quick wit and humor.

Roxie was the yin to Pinder’s yang.

Roxie was effervescent and over the top, which played well off of Pinder’s conservative, yet inviting persona. It was a combination that worked, considering the duo had only met on set for the first time that evening and had only spoken to each other once prior to the actual event.

That got me thinking, who is Roxie Starr? And where did she come from?

I had no idea that her story was so heavy, considering the “cut-up” that I saw.

“Roxie Starr is the quintessential purveyor of positivity … or so I would like to think,” she said. “The protective nature that Roxie has slowly began to extend to so many people around her, from friends and family, she now extends to strangers. She embodies love. She believes in community and country. She is raw. She is real. She walks in her truth no matter what it is. Roxie Starr is also an advocate for the mental health community and constantly uses her platform to bring awareness to the mental health crisis in this country. Roxie Starr is a social media influencer by title, but really and truly just has a heart for the people of this country – especially our youth. She uses her platform to educate, motivate, inspire and post a little [butt] out picture here and there.”

She started “hosting” gigs because people asked her to, because let me be honest – she’s good at it.

Roxie has hosted the Mimosa Day Party series, she has hosted birthdays, weddings, music symposiums and spoken on panels geared toward community building and entrepreneurship. She has presented for the Elevation Awards for which she’s also been nominated for The People’s Choice Award. She has been a guest radio personality on numerous shows.

There is content behind the character who she said is not modeled after anyone in particular, but rather a larger than life persona with her own unique personality.

“When I look at my career, I see more than just being a host,” she said.

“Truth be told, I’ve always had the gift of gab, that’s how I got out of a lot of trouble growing up. I have been a national debate finalist, Junior Achievement (JA) speech finalist, youth in parliament participant, and Toastmaster’s speech competition winner. Speaking is what I do. I don’t necessarily use my gift to entertain people per se – I just know how to make an important message entertaining enough to make people want to listen. I have a unique ability to reach people at varying educational and socio-economic standings.”

Roxie said she was never the class clown, but has always been an outgoing person who participated in numerous school activities, including sports, at her high school alma mater, Grand Bahama Catholic where she also served as head girl, student council senator, president of her JA company, and a member of Alpha Kappa Alpha (AKA) mentee program, 20 Pearls. She was also salutatorian of the class of 2005.

“I’ve always been one to fight for the little person growing up. I never ascribed to bullying, and that kind of transferred into my adult life being someone who champions for the small man. In actuality, most of my classmates and people that I grew up with are really proud of the person that I’ve become. I have always been someone that has been relatable to most, but my peers are proud of the stance that I take in my ability to speak up and speak out on behalf of those who may have lost their voice.”

The highlight of her career she said would be an event that she has designed centered around healing, motivating and pushing people into the next chapter of their life which she hopes to bring to fruition in 2022.

While Roxie Starr can obviously turn it up, she’s not in that mode 24/7.

Once the wig comes off, she said Sherrelle is who you’re seeing and interacting with. And Sherrelle is a mom who is focused on raising her daughter to be as she said “a queen”, and to understand that the impact she can have on the world could be phenomenal.

She said Sherrelle is family oriented, focused on building a life to provide generational wealth for her daughter and to be an amazing wife to her future husband.

“Sherrelle is not Roxie Starr and Roxie Starr is definitely not Sherrelle – they have learned to love each other, co-exist, and work together to change the world,” she said.

Farmer: Electric vehicle use expected to double this year 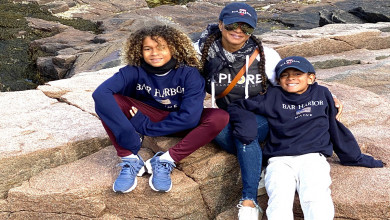 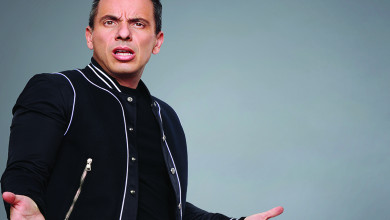 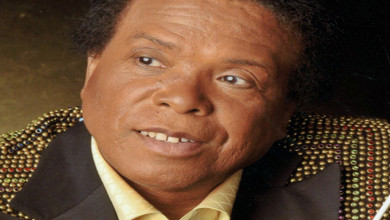