With so much focus on the significant losses we have encountered in The Bahamas over the past three years, it can be easy to take for granted the ways in which Bahamians have tapped into their inner strength to persevere even as uncertainty encircles their efforts.

Without question, losing one’s loved one, home, livelihood, safety and sense of security due to a major hurricane are not positives in the diary of life.

These are the same kinds of losses encountered due to the ongoing effects of COVID-19, whose metaphoric winds and battering waves have torn life as we knew it asunder, making the pandemic an unquestionable negative in the annals of history.

Yet, in the face of the devastatingly unexpected, Bahamians young and old are building and re-building out of a patchwork of conquests that includes the daily push to overcome one’s fears and one’s grief about what used to be, and what will never be the same again.

Rather than focus on the politics and pandemic developments of the day, we instead have chosen to focus on the praise that is due to every Bahamian who is making daily strides, whether relatively large or small, to take care of themselves and their families, and find ways to successfully adapt to a magnitude of changes none of us could have planned for, and most could not have imagined.

In the September 5, 1954 edition of the Cincinnati Enquirer, acclaimed poet Robert Frost is quoted as saying, “In three words, I can sum up everything I’ve learned about life. It goes on. In all the confusions of today, with all our troubles … with politicians and people slinging the word fear around, all of us become discouraged … tempted to say this is the end, the finish. But life – it goes on. It always has. It always will. Don’t forget that.”

Poignantly apropos are Frost’s words almost 70 years ago for what the Bahamian people have been collectively facing, most grindingly since 2019.

There will never be words to adequately describe the horror and misery of Hurricane Dorian for residents of the Abacos and Grand Bahama.

For some, that misery lingers on in what continues to be their inability to receive the remains of loved ones who perished in the storm, or even a positive identification of those remains.

Many who are displaced either from their island or from their demolished or unfinished home, long to return and to regain their independence after having to live with family or friends for such a long time.

Whether you lived on the coastline or miles inland, the horrors were the same in Dorian, making anxieties about rebuilding all the more acute – but these fears have not stopped those with the means to do so, from starting anew.

On both islands, homeowners are continuing to work to rebuild, and though the process for many has been much slower than desired, Dorian survivors are refusing to surrender to Dorian’s aftermath what the storm managed not to steal.

We recall vividly our visit to downtown Freeport, Grand Bahama, just after Dorian’s flood waters had subsided, where we watched reverently as small businesses owners stood in front of their flood-damaged investment shell-shocked, some in tears as they surveyed the damage and the loss.

Eerie silence filled the dank air, with the noiselessness of the business district broken only by the occasional clank of useless inventory hitting the pavement as storeowners built piles for sanitation services to collect.

Many were uninsured and already working against the tide of a sluggish Grand Bahama economy that nosedived in 2004 with the post-hurricane closure of the Royal Oasis resort and casino, and has hardly rebounded since.

But those businesses have since reopened in many instances despite the grim economic realities that continue to beset them – a testament to a level of resilience that is worthy of commendation and support at all levels.

The same resilience is seen in the Abacos where unspeakable destruction and a magnitude of death that might never be accurately quantified, probably left some wondering if Abaconians would ever rise again.

But rise they have, and having breathed a sigh of relief that this year’s hurricane season proved thankfully uneventful for The Bahamas, redevelopment and reconstruction on the mainland and cays continue, as tourists and second-home owners return in promising numbers.

The heroism in the midst of Dorian and the togetherness and cooperation demonstrated to-date on both islands, highlights the fact that though nature took away that what was precious from the Bahamians and residents of the Abacos and Grand Bahama, it did not take away the soul or the faith of the people.

Dorian survivors, whether displaced or on-island, know that life must go on, and they have determined that they will go on with it – not merely as spectators to the outcomes of trauma and disaster – but as active participants in the new dawn of the place they call home.

United Nations global experts said several months ago that, “The economic crisis caused by the COVID pandemic is expected to contribute to global unemployment of more than 200 million people next year [2022], with women and youth workers worst-hit.”

In a June, 2021 report, the UN cited International Labor Organization Director General Guy Ryder, who said, “We’ve gone backwards, we’ve gone backwards big time. Working poverty is back to 2015 levels; that means that when the 2030 Sustainable Development Agenda was set, we’re back to the starting line.”

The UN advised that the Caribbean is among the worst affected regions with respect to unemployment brought about by COVID-19.

Regrettably, The Bahamas is now years behind in producing official nationwide unemployment statistics.

Trillions have been lost in the global economy due to the pandemic, and in the midst of these losses, business owners and budding entrepreneurs worldwide have been forced to innovate and adapt in order to survive.

Here at home, many business owners have been doing just that – adjusting their business models to facilitate safety and profitability.

Meantime, Bahamians throughout the country have become the embodiment of the adage that necessity is the mother of invention, creating new businesses on the cusp of what is referred to by some as the “next normal” for companies.

Guidance against large indoor gatherings and protocols on social distancing have pushed businesses to reorganize how they conduct meetings, shedding new light on how time can be better managed to achieve a company’s goals and objectives.

In spite of drastic falloffs in revenue, many businesses laudably fought to keep on as many staff members as possible for as long as possible.

Every time we walk into a business – particularly a small or medium sized business not deemed an essential service during the state of emergency – and we see staff members and business owners continuing to work hard, we are looking at living examples of strength and indefatigability.

This by no means suggests that those business owners who have been unable to continue on in the pandemic, lacked strength or dedication.

Indeed, those who ultimately made the decision to end their business operations fought valiantly to keep their doors open for as long as feasible.

The sun setting on their business today, does not mean the sun cannot rise again on new ventures these business owners might seek to embark on tomorrow.

Homelessness and displacement, job losses, school closures and financial insecurity have made homes across The Bahamas hotbeds of tension, strife and stress.

Children, who are provided no voice in public outcries about the pandemic, have had their lives altered in ways that will likely live with us for generations to come.

While it is true that human beings can become accustomed to just about anything after a while, doing so where traumatic or stressful situations are concerned, can invariably come with coping and defense mechanisms that cause us not only to abandon ourselves, but the emotional and physical needs of our loved ones and the wider society.

It has not been easy for families suffering from Dorian and the pandemic, but all is not lost, and many families are finding positive ways to adjust to ever-changing dynamics.

Scores of students have performed well academically despite the setbacks caused by both Dorian and the pandemic – a credit to both the students and their parents and guardians who, while battling their own inner turmoil, have ensured their children remain focused on their education.

Business closures forced busy mothers and fathers to have down-time they would not have otherwise experienced, and it has given many the opportunity to reflect on life, family, and what ought to be prioritized to protect what is most important.

Many parents have had the opportunity to get to know their children better and vice versa, and others have sought help for their family challenges, recognizing that with so many people going through the same kinds of struggles, there is less appetite for stigmatizing those who reach out for assistance.

Our overly-busy lifestyles do not afford us the opportunity to work on self-awareness and introspection, but for those who took the time to do such work while their workplace was on hiatus, they likely came to terms with whether now is the time to take the leap of faith into a career change, or to pursue the dreams they allowed to sink into the abyss of life’s daily pressures.

With the holiday season now upon us, sadness about the loss of loved ones and the absence of essentials can trigger depression and angst in many.

For those who despite their best efforts, feel the light at the end of their tunnel is too far away from reach, we encourage you not to give up.

In the poem “Don’t Quit”, the anonymous author urges, “When things go wrong, as they sometimes will, when the road you’re trudging seems all uphill, when the funds are low and the debts are high, and you want to smile, but you have to sigh, when care is pressing you down a bit, rest, if you must, but don’t you quit.”

And in the poem “Keeping On”, the anonymous author says, “I’ve dreamed many a dream that never came true, I’ve seen them vanish at dawn. But I’ve realized enough of my dreams, thank God, to make me want to dream on.

“I’ve prayed many prayers when no answer came, Though I waited patient and long. But answers have come to enough of my prayers, to make me want to keep praying on.”

We salute the strength, dedication and perseverance of all Bahamians as the country works its way back from successive disasters, and encourage everyone not to allow the things we have lost to cause us to lose sight of our gains, no matter the size thereof.

And as we embark on the holiday season and beyond, we remind all to be mindful of how we treat one another, for everyone is enduring challenges in one form or another, and it is often difficult to know from our daily encounters the degree of challenges those around us are battling. 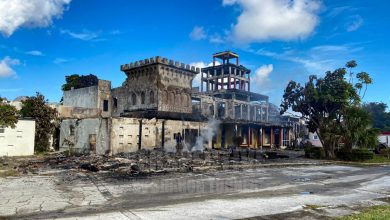 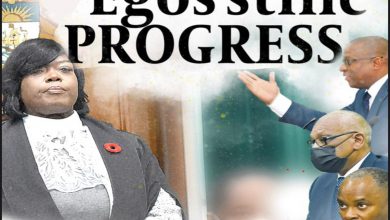 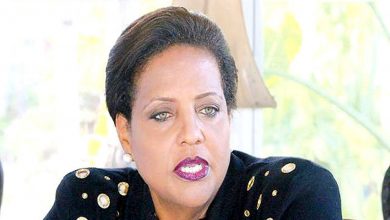