To say that sporting disciplines have been dealt a bad hand this year is an understatement. A lot of local meets in The Bahamas and the North American, Central American and Caribbean (NACAC) region had to be canceled but the NACAC president, Bahamian Mike Sands, is hopeful that big meets like the CARIFTA Games and the postponed Summer Olympic Games are able to take place next year without any further setbacks.

Sands made the comments during an interview with Trinidad and Tobago’s Trinidad Express Reporter Kwame Laurence.

Sands said that the 2021 Olympics, which is set to be held in Tokyo, Japan, is going to happen even if there have to be restrictions in place.

“With today’s modern science and the will by so many countries and others collaborating to find a vaccine, I am confident that the world will be in a far better place in the coming year, which will permit the Olympic Games to take place, even if there are certain restrictions that have to be applied, which I also understand is under consideration,” Sands said.

The CARIFTA Games was set to be held this past Easter holiday weekend, from April 11-13 in Hamilton, Bermuda. That was postponed to next year, set to be held at the same location.

“One of the most difficult decisions we were forced to make as an executive council was the cancellation of our marquee junior event, the CARIFTA Games, but, like the 2021 Olympic Games, I am confident that the 2021 CARIFTA Games will take place,” Sands said.

He added that they are in constant communication with the athletic leadership in that regard.

As for NACAC athletes receiving financial assistance during this time to assist them with their preparation for the upcoming season, Sands said he is aware that athletes have received some funding. One of the funding streams he mentioned was the one that World Athletics (WA) with assistance from the International Athletics Foundation (IAF) started back in April of this year. Another source of funding for the athletes came from different National Olympic Committees (NOC).

Several Bahamian professional athletes such as Shaunae Miller-Uibo, Steven Gardiner, Anthonique Strachan and Tynia Gaither were able to participate in different NACAC member federations’ locations during the summer under certain restrictions due to COVID-19. Sands was satisfied with the efforts that countries such as the United States, Jamaica and Cuba made in hosting meets this year.

“I congratulate the member federations for their efforts in hosting meets under the difficult and unusual circumstances. I am also aware that a number of member federations had plans to host competitions. Unfortunately, based on the restrictions placed on gatherings and other established protocols by various member federations health authorities, it became impossible for any other events to take place in the various jurisdictions,” Sands said.

There were some Diamond League meets that took place in Europe that gave athletes a semblance of competition. Sands does not think that NACAC athletes will be at a distinct disadvantage come 2021. He knows that coaches will have to make adjustments and he has confidence that they will do a good job in preparing their athletes for the 2021 season.

Although the COVID-19 pandemic has caused cancellations of physical events, Sands said it has also enabled them to do more frequent virtual meetings and events while bringing the area closer together. He said it has given them the opportunity to rethink strategies and continue implementing technology for future events.

Locally, track and field athletes are now focused on the 2021 season despite being restricted at home or in their local neighborhoods working out due to another surge of COVID-19. In addition, gyms have been shut down again. There is no timetable as to when restrictions will be lifted. However, there are quite a few professional athletes who are overseas and training. In addition, a number of collegiate athletes are in school and have resumed training.

Jones back on the basketball court 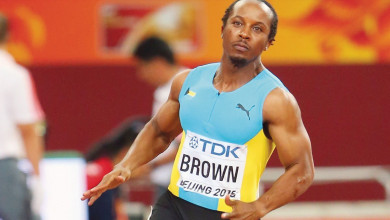 ‘The Fireman’ calls for more facilities 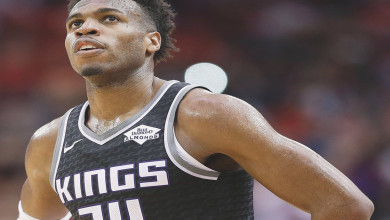 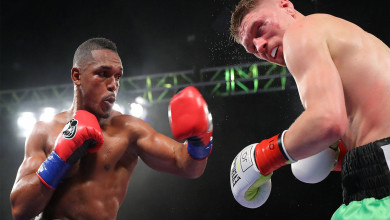 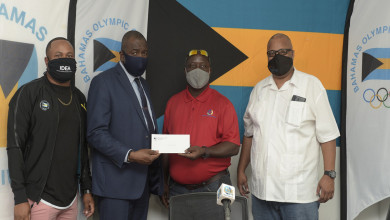