Over the course of the next two weeks, schools nationwide will be winding up the unprecedented 2019/2020 school year in the COVID-19 era. And many schools have opted out of final examinations for the term.

The Catholic Board of Education (CBE), which has oversight for Aquinas College, Sts. Francis & Joseph School, St. Cecilia’s School, St. Thomas More and Xavier’s Lower School, will hold virtual classes until June 12 – some 13 weeks after remote teaching began on March 16, according to Claudette Rolle, director of Catholic education.

Rolle says no final examinations will be administered so as to not disadvantage students who do not have access to devices.

“We consulted with CBE IT (information technology) department to come up with what we feel is an equitable way to determine grades for semester two,” said Rolle. “Consideration has to be given for grading the assignments for those who have no access to technology and those with other issues. The counselors have been going to homes, of course observing social distancing practices – wearing masks, not entering homes, no contact – to drop off learning packets, and the teachers have kept in contact with parents where possible.”

The CBE tentatively has graduations scheduled for Aquinas College and Mary, Star of the Sea Catholic Academy’s (MSSCA) high schools for July 30.

CBE Exodus Mass/Word Service for sixth grade students will be done via a virtual format.

Prime Minister Dr. Hubert Minnis announced in his Communication to Parliament on Wednesday, March 28, that effective today, commencement and graduation ceremonies, may take place in groups of no more than 30, with the approval of the competent authority.

At Temple Christian School (TCS), officials say online instruction will cease school-wide on June 4 for grades seven through 12 with report cards available on June 17 and 18 for the elementary and high schools, respectively.

Like CBE schools, TCS students will not write internal end-of-term examinations for the final term.

Due to restrictions in place at this time, TCS officials say graduations will be largely conducted by virtual means.

Report cards for Anglican Authority students will be done electronically on June 12.

Kingsway Academy’s end-of-year date remains at June 10, according to school officials. They, too, will not have their students sit internal end-of-term exams. Their grades will be based on homework, classwork, tests and quizzes.

Queen’s College extended its official period of academic instruction through June 4 in response to the lost instruction time due to COVID-19.

Officials say report cards will be emailed to parents/guardians on June 26.

Schools were closed since March 16, with in-person, face-to-face learning suspended after The Bahamas confirmed its first case of the new coronavirus.

The Bahamas has 100 confirmed COVID-19 cases including 78 on New Providence, eight on Grand Bahama, 13 on Bimini, and one on Cat Cay.

There have been 11 deaths, 46 recovered cases, six hospitalized cases and 43 active cases; 2,043 tests have been completed.

The country has had no reports of confirmed cases since May 23.

Last week, the prime minister said the current accumulation of COVID-19 cases in-country shows a slowing, or a flattening of the epidemiological curve. And implied that measures of physical distancing, hand washing, curfews and lockdowns have been working.

In the wake of the global health pandemic, nothing is normal. Education to complete the third term is being done by online instruction from pre-school through university.

In his address, Minnis said as the country prepares to “open up” domestically and internationally, it is important for people to remember that we are still in a pandemic. He encouraged people to continue to apply all preventative measures recommended for COVID-19.

As schools prepare to close out the 2019/2020 academic year, some schools have tentatively set dates for possible reopening in the fall. The CBE has set September 7 for the opening of the academic year for its schools.

TCS has set August 31 as their fundamental objective to safely resume face-to-face instructions for all students. But officials say the opening may require the creation or adoption of new social distancing guidelines, classroom designs, or staggered classes. School officials say they will identify the best means by which this can be safely done. Their consideration includes both physical spaces, in addition to pedagogical changes, such as the possibility of adopting homeroom-centered chapel experiences as opposed to whole school chapel services.

TCS says their opening is predicated upon receiving permission from the relevant national authorities. And that in the event the government decides that an August 31 start is not possible, they are reviewing their options to resume remote instruction until a return to the physical classroom later in the academic year becomes possible, which they say could very well be October or later.

Dream big & shoot for the stars 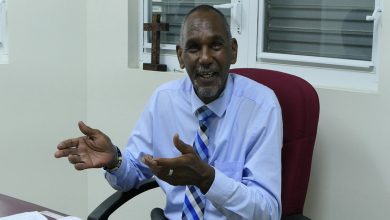 Be what your students need you to be