No matter how many years a person has been cancer-free, it behooves them to remain diligent about checkups, and aware of what is going on with their body, according to Andrea Sweeting, Sister Sister (Breast) Cancer Support Group president. Sweeting is a prime example. She is just a little over two months post-surgery from her second unilateral mastectomy to remove her left breast, 19 years after removing her right breast.

Since removing her final breast, the lump that was found has been diagnosed at stage one breast cancer, the same stage at which she was diagnosed 19 years ago.

“I want persons to realize, we must pay attention to our bodies. They [bodies] speak to us and alert us, and we must do everything in our power to get the help we need,” said Sweeting coincidentally in the month that Sister Sister celebrates its 20th anniversary.

Sweeting, 71, who celebrated her 19th year cancer-free on January 5, visited her doctor in July to have an x-ray done on her left hand, which was affected last year by a stroke, and with which she was having some problems. During the visit, she mentioned to her doctor that she was experiencing discomfort under her right arm. He examined her, felt nothing, but ordered an x-ray of her left hand, and an ultrasound on her right.

At the diagnostic center she visited to have the tests done, the technician asked Sweeting whether a mammogram was also requested; it hadn’t been. She informed Sweeting that for a few dollars more she could have a mammogram. Sweeting OK’d the additional diagnostic test.

The day after taking the tests, Sweeting received a telephone call from the doctor asking her to come into his office.

“The minute he said that, I knew right then and there.”

She went to his office – the doctor reexamined her breast and found the lump. She said neither he nor she had felt it before.

Sweeting was given the option of a lumpectomy or biopsy. She wasn’t having it.

“I said we weren’t doing either. Take it off.”

The Sister Sister president said to her, it didn’t matter if the lump was cancerous or not.

“There was no use doing a lumpectomy or biopsy, the reason being, it would take six to eight weeks to say what was in the breast. I said, by the time the results came back, I could be healed. The thing about it is, if we’re going to take a biopsy, and it’s cancerous, then I have to go through another cycle to have a mastectomy. I’ve always told people, if you feel something, do it.”

Sweeting did not want to go through that vicious cycle again. She says she opted to live what she preaches daily over the past two decades to people diagnosed with breast cancer.

Before the doctor would perform the mastectomy, he sought clearance from his peer who is treating Sweeting as she continues to recover from a series of medical challenges suffered last year.

Sweeting suffered congestive heart failure on August 2, 2019. After her heart failure diagnosis, she was hospitalized repeatedly with pneumonia, fluid buildup in her lungs, dehydration with a kidney infection and poor circulation; and on September 5, 2019, she suffered a stroke, which left her paralyzed to the left side of her body.

The cardiologist gave Sweeting and her doctor the OK for her to have mastectomy surgery, but told them to be careful with the fluid.

On July 9, Sweeting had surgery to remove her remaining breast, and had to remain in hospital for four days to ensure her fluid was okay.

It was less than a week from finding the lump to her surgery. Outside of her immediate family, she did not tell anyone she was having the mastectomy. Sweeting says she was content and comfortable in her decision.

It was only after surgery and she had returned home, that she informed people.

“Honestly and truly, if you look at my wound right now, you would not believe I had a mastectomy. To me, this healed faster than the first one.”

She chalks up her amazing healing to the head space she’s in this second time around.

She says there are some bad days, but she can’t wallow in them.

“You just have to keep moving and have a positive outlook and be upbeat.”

Even though she had been cancer-free for almost two decades, Sweeting said she never got complacent, because even though she found out her cancer isn’t hereditary through gene testing, she always knew it could return, and in other parts of her body.

“I knew these things can come back and it didn’t have to be in the breast, so we have to be vigilant, which is why we tell everybody to know their body. I am trying to make sure that I do everything I possibly can for Andrea,” says Sweeting. “I remember when I couldn’t speak. No one could understand me after I came out of hospital,” she said referencing her stroke last year.

By October 2019, Sweeting was able to walk unassisted, but still has paralysis to her left hand.

“I just want persons to know, regardless to what we’re going through, our God is able and we just have to trust Him. If we do that, we will see the results,” she said.

In January, she told The Nassau Guardian, she was grateful in this year, considering the medical crisis she had gone through last year. And while she is not at 100 percent, it’s almost impossible to tell she suffered a stroke. Over the past year, Sweeting who is known for her “feet-on-the-street”, get-the-job-done attitude and who worked tirelessly to ensure that other cancer fighters received the support, care, compassion, and at times financial assistant they needed to fight, survive, and thrive – has worked with her therapists on her recovery, uppermost in her mind that she has much work to continue, as the group celebrates its 20th anniversary this month.

The longtime Sister Sister president says the group’s main objective is to get the newly diagnosed to realize that their attitude will be the first thing that will help them through in their fight to survive.

Sister Sister doles out port-a-caths as needed from their office at Centreville Medical Centre located at Collins Avenue and Gibbs Corner.

During this COVID-19 era, Sister Sister is also offering $25 Super Value vouchers to cancer fighters and survivors for grocery. She encourages anyone needing assistance to go to the office to receive a voucher. And she stresses that Sister Sister is not just for women, but men as well.

Sister Sister began as an organization catering to women. When it first started, their motto was “women helping women”; that has since morphed into “women helping others”. They offer their assistance to anyone in need – women, men and children. 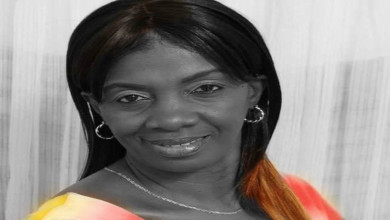 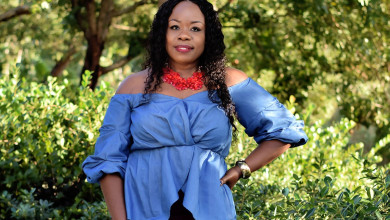 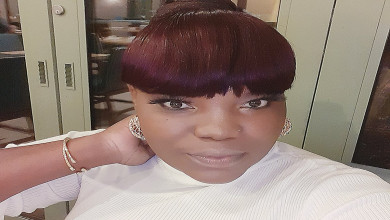