Six months since The Bahamas recorded its first case of COVID-19, there is no cause for comfort that the country as a whole is making significant progress in its fight against the pandemic, and the economic blow dealt by months of restrictive measures has not yet been reversed in any appreciable manner as many businesses wobble into a new normal characterized by deep uncertainty.

Some have closed permanently.

Nobody loves lockdowns, but it is interesting that we were experiencing lockdowns and other severely restrictive measures at a time when new cases were in the single digits, but now we are free to move about as we clock 40, 50, 60 cases on New Providence a day.

The death toll, meanwhile, is rising and the health system is under increased stress. People visiting Princess Margaret Hospital in Nassau, the Rand on Grand Bahama and other public facilities tell of nightmarish experiences.

While Chief Medical Officer Dr. Pearl McMillan pointed to the achievement in flattening the curve on Grand Bahama due to a weeks-long lockdown, it appeared obvious that she did not wish to contradict Prime Minister Dr. Hubert Minnis in his recently stated position that lockdowns are a thing of the past.

McMillan’s answer to a question on future lockdowns at a Ministry of Health press conference on Monday was telling.

“Whether or not we opened everything or just a few things, certainly what we require to happen as we move forward is that we follow the necessary public health measures in order to decrease the likelihood of spread,” she said unassuredly.

“I think we often say when we are asked a question like that, that public health must always take into consideration other things that are happening in a particular environment and there has to be a balance. We would have had a number of lockdowns. We had curfews. We had a number of very restrictive to minimally restrictive measures put in place early on and we did fairly well.

“Doing those things indefinitely is not sustainable, so we have to balance the public health measures alongside the economic and the social measures, and the social challenges that come along with the lockdowns.”

When he spoke to reporters last week, Minnis said, “I think with the excellent job that the health professionals are doing, you must establish a balance between health and the economy.

We are not sure how Minnis expects to isolate portions of New Providence. A map released by McMillan on Monday shows that COVID-19 cases are spread across the island.

“Certainly, COVID cases across the island is pretty much where we are,” she noted when asked about isolating parts of the island.

“However, as we monitor the new cases, their location, where they are, if it is there is a particular surge in a particular side of the island or among a particular community, of course consideration can be given to a lockdown of that particular area.

“It’s not an easy thing to do, but certainly I know of a number of countries in the CARICOM region who would have done it and they had some success with it. But we will continue to monitor the cases and where they are happening and make recommendations along the lines of public health measures, be they very restrictive or less measures; but I think the public needs to begin to get in the mode of COVID-19 being with [us].”

When Minnis announced an extraordinary lockdown of the business sector and a curfew that took effect on March 20, The Bahamas had three confirmed cases of COVID-19.

“These very strong measures are intended to save lives, to protect health and to aggressively attack the spread of COVID-19,” he said at the time.

Two days earlier, the governor general declared a state of emergency. Minnis as the competent authority was empowered to scale back civil liberties, to shutter businesses, to close the country’s borders — even to Bahamians — and do whatever he and he alone deemed necessary to combat the novel coronavirus.

Early on in the pandemic response, he said, “Even as we prepare and pray that few Bahamians are harmed by this virus, the economic impact of this crisis will be widespread. We are fighting for our health and economic well-being at the same time.”

What followed were weeks of knee-jerk responses to the pandemic.

As quickly as measures were announced, they were just as quickly changed. The government was slow in releasing emergency orders, making for a confusing state of affairs.

The uneven implementation of policy decisions, the favoritism showed toward certain businesses and business persons and the special treatment for other “special” people, marred the government’s — or shall we say the competent authority’s — response to the pandemic.

Public trust in the Minnis administration’s pandemic response has dried up considerably and for good reason — misleading statements, questionable accountability and the condescending treatment of Bahamians by their leaders are all key reasons.

Unwise decisions like an alphabet grocery shopping system, and later a three-day-only period for grocery shopping and other essential services, created an unintended impact of crowding, even as the competent authority continued to urge people to practice social distancing.

At the end of June, The Bahamas had recorded 104 cases and 11 deaths.

On July 1, the competent authority allowed the reopening of the borders. Bahamians and residents traveling out The Bahamas and returning within 72 hours were allowed to come in without testing for COVID-19.

The government later said this was primarily the cause of a surge of the virus, which started on July 8 and has continued since.

With cases spiking uncontrollably, Minnis, who had in the weeks prior eased restrictions on businesses and who had started to allow us to enjoy certain freedoms once again, reverted to lockdowns.

The economy, meanwhile, was flatlining and the National Insurance Board’s resources and those of the government’s social services department were being challenged considerably by the high numbers of unemployed. The director of labor estimated that the unemployment rate is 40 percent.

The Ministry of Finance reported recently that the severity of the impact of COVID-19 on revenue performance was very pronounced in the final quarter of the 2019/2020 fiscal year, with a 55.2 percent contraction in receipts compared to the same period in the previous year.

There was increasing pressure on the prime minister to abandon his dictatorial actions and ease his grip on the throat of the domestic economy.

But on the night of August 17, Minnis, in a stunning national address, ordered the immediate lockdown of New Providence for seven days.

The backlash was so severe, he relented within 24 hours.

Earlier that day, one prominent businessman foreshadowed Minnis’ reversal, telling National Review, “We have convinced him that there will be no more lockdowns. It is time to move on.”

And so, six months into the pandemic, The Bahamas is struggling to get the national economy off life support while seeking to reduce its case count (See related National Review article).

There is a feeling that we squandered the successes achieved in the first wave. There is also a feeling that the competent authority — scarred by battle and exhausted by the demands of leadership – has washed his hands of seeking to control the spread of the virus, though he has left some restrictions in place, including beach closures on New Providence and other islands for most of the day.

Weddings and funerals are substantially restricted and social gatherings are prohibited on certain islands.

New Providence, Grand Bahama and several other islands still have a nightly curfew and we are still in a national state of emergency, which currently expires the end of September.

Tourism remains crippled. Major resorts like Atlantis and Baha Mar have no opening dates. Cruise ships are not expected to return before 2021, and measures visitors must face to come to The Bahamas are so strict, the industry effectively remains shut down.

Six months on, we can claim no victory.

A combination of bad policy decisions and irresponsible actions on the part of some Bahamians has lengthened our COVID-19 experience.

With a vaccine nowhere in sight, we must live with this virus. Collective and accountable action will make all the difference in where we are six months from now. 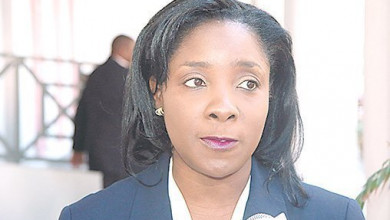 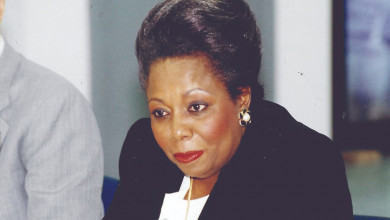 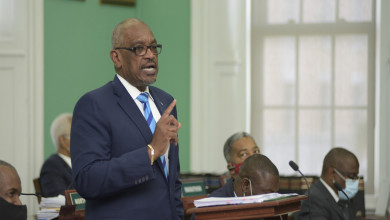 Edge of the cliff