If it wasn’t for the COVID-19 pandemic, local Bahamian soccer coach Alex Thompson would have been busy coaching on the field of play and giving instructions to his players. Instead he is at home posting soccer tutorials on his social media platform for players and the general public.

“I have a lot of players who are at home right now, especially young players who do not necessarily know how they can train on their own and YouTube can be a bit boring. I just wanted to create a few fun challenges and videos that kids can use to keep their technical abilities sharp. It also gives them something to do at home,” Thompson said.

The first video was posted on March 29. The tutorials thus far have been focused on ball control, particularly ball mastery – learning to control the ball with all surfaces of the foot. There was also foot-eye coordination, agility and explosiveness.

Thompson did a video session with some young players from Oklahoma, USA, this past Saturday on Zoom.

“It was very different,” Thompson said. “ I have done a few video sessions already but to have the eight or so kids that joined, it was a bit different. They were great and receptive, with high energy. It made the session go by quickly. It was fun and something I would love to do again.”

An academy coach and a U.S. Soccer C License coach, Thompson is the director of coaching at Premier Skills on New Providence. He began his coaching career in 2011 when his friend, Adam Miller, requested his assistance with the First Touch Soccer Camp. In 2012, Thompson hooked up with Happy Hall with the YESI soccer program.

Two of his biggest soccer influences, said Thompson, were his uncle Ted Adderley, who helped him from an early age; and Lionel Haven, who he said believed in him from when he was 14-years-old. He said that helped to boost his confidence.

Thompson’s goal is to pass on what he learnt from Adderley and Haven so that soccer in The Bahamas can evolve to higher heights. He has gotten positive reactions from players and parents about the tutorial, and has also received tips from other players on what they would like to see.

Although he loves doing the tutorials, Thompson said he is eager for the COVID-19 pandemic to be over and done with so he could return to the field.

“I cannot wait for this to be over,” Thompson said. “I love the kids who I coach. I miss them, I miss being on the field. I don’t like being at home all day and bouncing balls off the walls. I am not used to being inside all day. I am normally outside for seven or eight hours whether it’s in private sessions, teaching or even playing. I am definitely counting down the days for this to be over.”

Thompson has represented The Bahamas on the senior men’s national field and beach soccer teams. Currently, Thompson plays midfielder for the Renegades Football Club in the Bahamas Football Association’s (BFA) Men’s Soccer League. His videos can be found on his Instagram account, alex.thecoach, or on Facebook under his name, Alex Thompson. 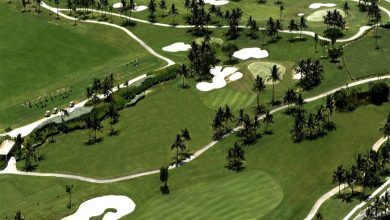 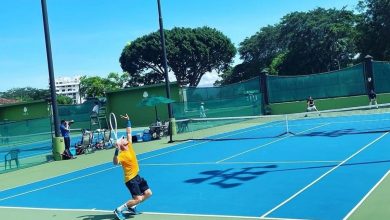