As he led debate on the resolution to extend the state of emergency to November 30, Minister of Foreign Affairs Darren Henfield said yesterday that “anyone who says these powers are not necessary in this crisis is being irresponsible”.

“The ability to act to save lives comes from the emergency powers,” he said.

“Anyone who says these powers are not necessary in this crisis is being irresponsible.”

The resolution passed last night with 14 MPs voting in favor. There were no votes against the resolution. Twenty-four members were absent. The majority of the Cabinet are in quarantine after Minister of Public Works Desmond Bannister tested positive for COVID-19 last week.

Henfield and Minister of State for Disaster Preparedness, Management and Reconstruction Iram Lewis were the only Cabinet members present.

Progressive Liberal Party (PLP) Leader Philip Brave Davis said the opposition could not support the extension. He said the government’s policies to manage COVID-19 have failed. The opposition was not present during the final vote last night.

“The tragedy is that our country has become a case study for how not to manage a public health crisis,” Davis said.

“We continue to rank at the bottom of countries globally when it comes to our country’s response to COVID.”

Davis added, COVID case counts are low and stable in many nations, including many of our regional neighbors.

“Yet, here, cases continue to grow – hundreds more every week.

“In fact, every few days, The Bahamas records more new COVID cases than Barbados has recorded in total since the pandemic began in March.

“The government’s COVID policies are a failure.

“They have imposed harsh restrictions on the people of this country, they have taken a wrecking ball to our local economy, and at the same time, they have utterly failed to contain the virus.

“Yet, this so-called competent authority wants to continue to exercise broad, sweeping powers over Bahamians with no Parliamentary oversight.

“No self-respecting Parliamentarian should agree to this. Why should we surrender our constitutional prerogative to scrutinize, debate, and improve the rules governing our people, especially when some of our most important freedoms are curtailed by those rules?”

Former Minister of Health Dr. Duane Sands also expressed opposition to the resolution, calling for a return to participatory democracy and noting that the same measures have not been effective.

“I would say, respectfully, that the processes that we have engaged in over the last six to eight months have not worked,” he said.

As of Monday, there were 6,502 confirmed cases of COVID-19 in The Bahamas and 136 deaths. Twenty-six people died with COVID, but not because of it, according to health officials. Another 16 deaths were still under investigation. One hundred and one people were hospitalized, with 19 in intensive care units.

Over the last seven months, there have been numerous lockdowns, curfews and other restrictive measures to fight COVID-19 in The Bahamas. More stringent measures were recently implemented on New Providence and Abaco in an effort to stem the spread of the virus ahead of the November 1 ramping up of the tourism industry.

But high daily numbers continue to be recorded. 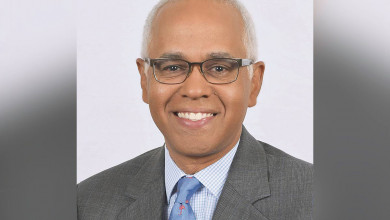 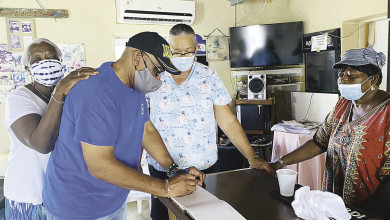 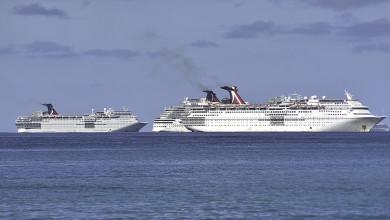