The clearing of a large lot on Coral Road near Royal Palm Way in the early fall caught the attention of residents who can now learn the details of what the developers say will be Grand Bahama’s only gated community on its own island.

Steininger Island is the second major project conceived and financed by CPH Invest, a German real estate and investment company.

The founders and managing directors, Christoph Albeck and Hanno Strack, have teamed up with designer Martin Steininger to bring their mix of energy efficient, luxury villas to Grand Bahama.

“We estimate that this development will be in the region of $85 million,” Albeck told Grand Bahama News.

The developers have secured two properties: a 40-acre canal property on Egret Lane, off Coral Road, Lucaya, to construct a gated community with the distinction of being an island, surrounded by canals with an entrance causeway, and a second plot on Royal Palm Way beside Bahama Reef Condominiums for a beach club and the option on two more beach lots on Acacia Road beside Silver Point Condominiums.

Albeck said he and his partner had expected construction on Steininger Island to be well underway by now, but they encountered a challenge with the canal.

“The wood on the sea wall of the canal on the eastern side has corroded and it is in need of repair,” he said.

“We did not foresee repairing the entire area, but it was decided that it is best to do all of it instead of having a problem in the next 10 or so years.”

Albeck noted that work is underway on the canal sea wall and as soon as it is completed, construction of the villas will begin.

He stressed that local contractors are being used throughout the entire construction phase, and local realtors will be able to sell the homes, supporting the economy, providing jobs for the community he has come to love in the past two years.

Steininger is the CEO and chief designer of an architecture and interiors manufacturing concern based in Austria, with retail outlets in Germany, Switzerland and the UK.  His style is described as minimalist using materials such as stone, concrete, brass and aluminum to create clean lines and refined details.

The project consists of 22 exclusive villas that will be constructed in several phases, beginning with four homes to display the different sizes and concepts on offer.

As described in the project brochure, the homes will share two special features: linear, minimalist architecture paired with a luxurious and functional interior design.

Albeck said the homes will be hurricane-proof and solar-powered.

“Sustainability is the most important thing,” he said. “These houses are expected to be 80 percent energy sufficient. We use our own electricity, however, at night, we will need power.

“We have battery packs for 10 hours, and then I feel we have to put in generators for emergencies. The energy consumption will be pretty low. Technology wise, it’s all electricity, no gas, but it comes from the sun … the floors, the walls, indirect lighting, everything.”

The homes are fully furnished, beginning with the first design, a single-story bungalow starting at $3 million. There are four other designs, each of which are two-story buildings in varying sizes.

The marketing brochure emphasizes the proximity of Grand Bahama to the United States.

Albeck noted each property will have its own private dock and the development will have a private jet for the use of owners to fly to and from any airport within a four-hour flight of Grand Bahama International airport.

He said they are anxious to get construction underway.

“The project has been in the works for the past two years,” Albeck said.

“We came to Grand Bahama in December 2020 on the invitation from a friend and loved it. So, we decided to inquire about purchasing property and develop a similar project, on a smaller scale, as the one we have in Spain.

“This project is all private capital; we are privately financed, no banks, which is one of our core principles. We are a German company, and while we have not built in Germany, we have major projects in Mallorca, Spain, and now The Bahamas.

“We have a reputation of offering a quality product and it will continue here. We will be using local builders because we believe in building communities, and we want to be a part of the locals.”

Albeck added that his family has already relocated to Grand Bahama; his children are enrolled at a local school.

“All of Steininger’s Bahamas Investment Authority (BIA) notations have been secured and its GBPA business license approved and issued,” Newbold said.

He added that pre-construction works have commenced with limited land clearing to accommodate geology testing.

“We are only awaiting submission of full plans,” Newbold said.

He said the 22 luxury villas project is great news for the island.

The site of the development has been a bush area for decades, overgrown with Casuarinas, at a quiet end of the canal and residents of the condominiums overlooking it say the complex will be a big change, but welcome, as another sign of investment and an economic upswing for Grand Bahama.

“We chose Grand Bahama because it provides what we need … the infrastructure is here, workers are here and if we need to fly into Florida, it is just a 30-minute ride,” Albeck said.

“So, we are looking forward to being a part of the island.”

A new year does not reset the mind 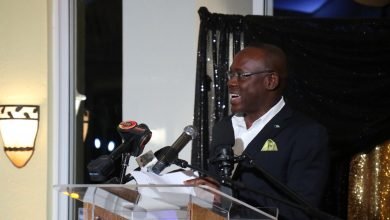 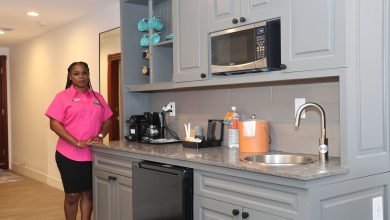 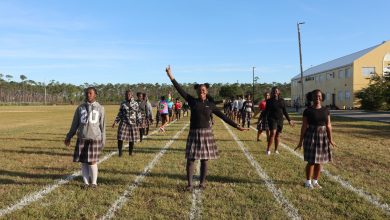 Junior Junkanoo is back 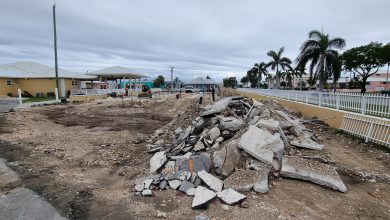