St. Cecilia’s Catholic Primary School students were reminded of their self-value and potential by author Kirk Johnson during a recent visit to the school. He assured them that they were people of great value, because God made them that way, and that they are winners. He cautioned them that not everyone would celebrate their value, but nothing and no one could change that fact.

“You are fearfully and wonderfully made,” said Johnson, an educator and relationship builder, during a recent visit to the school as he prepares for the relaunch of his talk and music show “Matters of the Heart” in 2020. “You are a person of value.”

Self-value, self-discovery and persistence are themes throughout Johnson’s inspirational book “My Heart Matters: Making a Comeback After Love Breaks Your Heart”, and which he told the children at his primary alma mater are themes that hold true even in their young lives. And like adults, he said, children also need affirmation.

“I wanted to give back to the school that helped foster my early development,” said Johnson who lives in Atlanta, Georgia, and is on a mission to reconnect with the Bahamian community and inspire and empower people through conversations, music and the arts.

He said he felt it was critically important to address the young audience, even though his show caters to an adult audience, because, he said, self-perception and communication skills develop at a young age.

“We need to educate and involve our youth in their formative years,” said Johnson.

“Have you ever wondered what would help people to more firmly believe in themselves and the power of their relationships?” asked the husband and father. “The show and other related projects will help us identify the answers and put them to work.”

Johnson, who describes himself as a man with a global vision, said his mission is to use media, the arts and other tools to bring people together to learn from and teach each other about life and relationships.

“Relationships are both unique and universal. When we understand and appreciate our God-given value it widens the door of life through which we give and receive love, affection, approval and support.”

Preparation for the show’s reintroduction, he said, comes at a time of emotional and financial upheaval for thousands of Bahamians and others impacted by Hurricane Dorian. The Category 5 storm ravaged the islands of Abaco and Grand Bahama in September, and to date has been blamed for the death of 70 people.

“I relate with the pain, the loss and the need for help and hope,” said Johnson, who while at home also took time to visit students at Carlton E. Francis Primary School.

“At both of my school visits, students shared they were survivors of the hurricane. My brother-in-law’s home was extensively damaged, and I have friends on both islands whose lives were changed by the storm,” he said.

St. Cecilia’s and Carlton E. Francis were the first schools among a list of primary and high schools and institutions of higher learning that he plans to visit in the coming future.

In the wake of the storm, Johnson did what he could to help from his base in Atlanta, volunteering at the Bahamas Consulate in the Georgia city, sorting and packing donations for shipment to the affected areas. His most memorable encounter during that time, he said, was a conversation he had with Eron Missick, an electrical engineer and Grand Bahamian residing in Milwaukee, who had driven more than 800 miles to deliver donations he collected in Wisconsin.

In South Georgia, Johnson has also helped university students succeed in their academics and leadership development as an instructor, academic advisor and manager while completing dual graduate degrees in communication and higher education leadership at Valdosta State University.

Johnson told the students that they and the Bahamian community at large can expect to see more of him throughout the Bahamas islands and the Caribbean, as he branches out of his comfort zone onto a global stage. 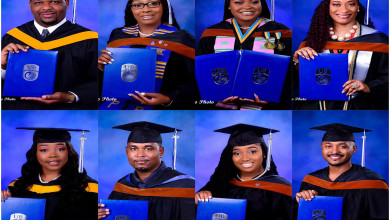 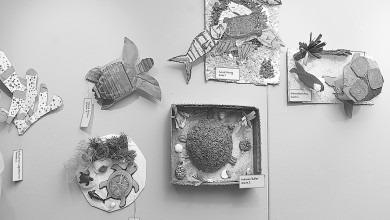 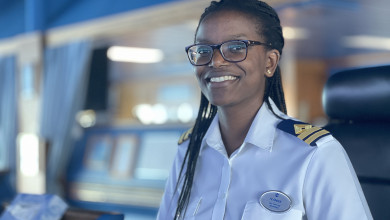 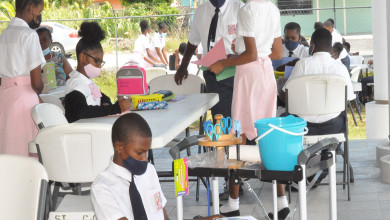