In the midst of a hot streak, DeAndre Ayton and the Phoenix Suns have leapfrogged a few teams and are now in the ninth spot in the Western Conference of the National Basketball Association (NBA).

Ayton struck for 26 points on 8-for-22 shooting and added 15 rebounds, two assists and two blocks on Saturday night, helping the Suns hold off the Boston Celtics on the road, winning 123-119 at the TD Garden in Boston Massachusetts. It was the fourth win in the last five games for the Suns, and now they go home for two games – against the San Antonio Spurs and the Indiana Pacers. They host the Spurs at the Talking Stick Resort Arena in Phoenix, Arizona, tonight, and will play the Pacers on Wednesday.

Meanwhile, Chavano “Buddy” Hield and the Sacramento Kings are headed in the opposite direction. They dropped their fourth straight game on Saturday, losing to the Utaz Jazz, 123-101, on the road. Hield, the other Bahamian in the NBA, was held to just 14 points on the night on 5-for-11 shooting. He is averaging north of 20 for the season. They will continue their five-game road trip, taking on the Miami Heat at the American Airlines Arena in Miami, Florida, on Martin Luther King Jr. Day today, before traveling to Detroit to face the Pistons on Wednesday.

Back in the starting lineup for the Suns, Ayton is putting up huge numbers. He has scored 20 or more points in three consecutive games, and posted his third straight double-double and eighth of the season. The Bahamian big man is averaging 17.6 points, 12.3 rebounds and 1.8 assists this season – similar to numbers he put up a year ago when he finished third in voting for the Kia NBA Rookie of the Year Award. In his rookie season, Ayton averaged 16.3 points, 10.3 rebounds and 1.8 assists.

In 36 minutes of play on Saturday night, he was dominant in the paint, taking advantage of the lack of shot blocking from the Celtics.

Sharp-shooting guard Devin Booker led the way for the Suns with a game-high 39 points on 12-for-20 shooting. He added 10 rebounds and nine assists, coming just an assist short of a triple-double. He has 30-plus points in nine of the past 12 games for the Suns, including a franchise record seven straight during that span.

Marcus Smart had his gun stuck on automatic for the Celtics, connecting on a franchise record 11 three-pointers. He finished 11-for-22 from distance and dropped in a career-high 37 points. Jayson Tatum added 26 points for the short-handed Celtics, playing without two starters, and Gordon Hayward dropped in 22. Mikal Bridges matched Ayton with a career-high 26 for the Suns.

Coming off a game in which he had the first 20-20 game of his career, including a career-high 21 rebounds, Ayton matched a season-high in points and also matched a career-high with 10 free throws made. He finished with his highest free throw percentage in a single game (minimum of 10 attempts), going 10-for-11 from the charity stripe.

In 12 games this season, Ayton is shooting 53.4 percent from the field after connecting on 58.5 percent in his rookie season a year ago. The 6’ 11” 21-year-old center is third on the Suns in scoring and leads them in rebounding. He is the only player on the Suns averaging a double-double in the season.

As for Hield, he the Kings continue to struggle. They trailed by as much as 27 on the road to the Jazz on Saturday, losing for the fourth straight time.

Bojan Bogdanovic paced the Jazz with a game-high 30 points on 10-for-15 shooting, including 6-for-9 from distance. Rudy Gobert had 28 points and 15 rebounds and Donovan Mitchell added 22 points. Jordan Clarkson scored 20 points off the bench for the Jazz.

Hield, the 6’ 4” 27-year-old starting two guard of the Kings, is averaging 20.1 points, five rebounds and 3.1 assists per game. He is shooting 41.8 from the field and 36.6 from distance – both career-low numbers, but is third in the NBA in three-pointers made at 149. He is still on pace to surpass last year’s total of 278 which was a franchise record and the seventh-most prolific shooting performance from downtown in a season in NBA history.

Hield and the Kings are five games out of the final playoff spot in the west. 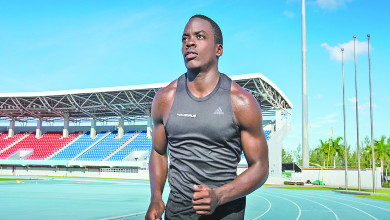