The Bahamas will face the US Virgin Islands (USVI) on Saturday at 2 p.m. and the host nation Dominican Republic on Sunday at 5 p.m. After losing two games to Canada emphatically in the first window of the qualifiers, a respectable showing this weekend is imperative for world cup advancement and for its Olympic aspirations. The qualifiers represent the final opportunity for The Bahamas to qualify for the 2024 Olympics in Paris, France in men’s basketball.

In January, reports surfaced about a shortage of funds for the Bahamas Basketball Federation (BBF) in sending off the national team to this window of qualifiers. Federation president Eugene Horton said yesterday that they were able to secure the necessary funding and is now looking forward to strong representation from the team.

“We were able top get assistance from the government – they provided the bulk of funds,” said Horton. “Also, we got donations from private citizens such as Hennessy. We’re grateful to the government and the private sponsors for coming on board and helping out this team who we feel will do very well. We have the 10 best players who are available to represent the country at this time and they are all set to play. They all understand the importance of these games. They are in the Dominican Republic getting prepared tom play as we speak.”

Moses Johnson is the Head Coach of the team and he will be assisted by national technical director Steve Barnes and John Marc Nutt, who will also handle public relations. Rodney Wilson is the head of delegation and COVID protocol officer, Elvardo Kemp is the team manager and Alicia Greene is the athletic trainer.

Citing a lack of funding last month, the BBF had plans to withdraw the team from the second window of the qualifiers. Each window of the qualifiers run the federation into about $50-$60,000, according to Horton. Horton said he always had confidence that Minister of Youth, Sports and Culture Mario Bowleg, the immediate past BBF president, would do all that he can to ensure that the team received funding, and he’s glad that the ministry through the government was able to come through as expected, to assist with the progress of basketball in The Bahamas. Baha Mar was the federation’s main sponsor but the contract between the two entities expired in 2019.

As for the 10-member team, they got into the Dominican Republic late Tuesday night and had their first practice on Wednesday. They will play both of their games this weekend at the Palacio de los Deportes in Santo Domingo, Dominican Republic.

“In total, they will have three full days of practice, so they will have sufficient time to go over plays and get prepared for Saturday,” said Horton. “We’re definitely optimistic. This group of guys is the best unit that the country could put together at this particular time. They are all experienced players and they know what is at stake. I have no doubt that they will be competitive and represent the country well.”

In addition to trying to get out of this round of qualifiers for the 2023 FIBA World Cup, the team is also trying to secure the country’s first-ever spot in the Olympics in a team sport.

With its largest collection of professional players in history in tow, this is being regarded as The Bahamas’ best chance in history to qualify for the Olympics. A trio of top-level Bahamian players, with full Bahamian eligibility status, play in the National Basketball Association (NBA) in the United States – the gold standard for basketball leagues around the world. They are DeAndre Ayton of the Phoenix Suns, Chavano ‘Buddy’ Hield of the Indiana Pacers and Kai Jones of the Charlotte Hornets. Additionally, dozens of Bahamian basketball players suit up in various professional leagues around the world.

The Bahamas got off to a rough start in the qualifiers, losing to Canada in two games, falling 115-73 and 113-77. However, the country only needs to finish in the top three of its group to qualify for the second round of qualifiers. The Bahamas has been respectable against the other two nations in the group in recent times – the USVI and the Dominican Republic. The last time The Bahamas played the DR in their country, The Bahamas was able to come out on top, winning 83-82.

The senior men’s national team was strong during their play in the world cup pre-qualifiers in the summer of 2021, finishing with an unblemished 3-0 win/loss record. They took down Cuba, Costa Rica and host nation El Salvador in that mini tournament, and those performances put them just outside the top 50 in the world rankings – about as high as basketball in The Bahamas has ever been ranked globally.

However, the two losses to Canada brought The Bahamas down to number 62 in the FIBA World Rankings presented by Nike. The other countries in the group are ranked higher. Canada is at number 18, the DR is at number 20 and the USVI is ranked at number 54. The top three teams from the group will advance to the second round of the qualifiers and will join other teams to create two six-team groups. 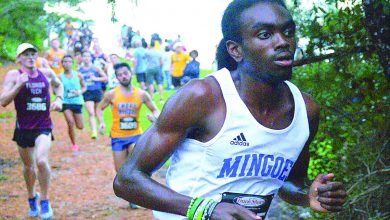 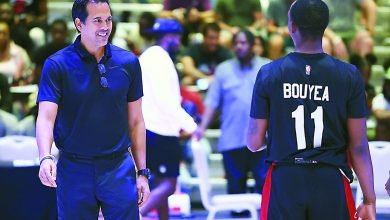 Heat wrap up training camp in The Bahamas 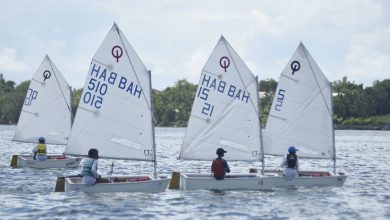 Sands non-committal on another run