The Bahamas made history with a double win at the 2022 China International Chorus Festival (CICF).

The BNYC and Bel Canto Singers are two of three choirs that won outside of Europe.

“The win is a testament to hard work and consistency,” said McPhee. “The win is not just for the choir, but talented Bahamians in all disciplines who continue to perform and excel in all their respective areas in the international arena – many of whom accomplish these recognitions privately,” said Eldridge McPhee, Bel Canto Singers director.

“This win is due to the consistent and dedicated partnership we have enjoyed over the years. Thanks to Doctors Dion Cunningham and Paul Jones who have supported us in retaining some of the top orchestral performers from orchestras across the United States. We have used talented string players such as Selah Poitier, Adrian D’Aguilar, Cameron Pratt and Romel Shearer in this virtual video of a live performance.”

McPhee said they were pleased to have featured students of the University of The Bahamas (UB) in the brass section and woodwind section along with percussion from UB and C.V. Bethel High School.”

CICF, founded in 1992, is held once every two years, and plays a role in improving performance level of the participating choruses and promoting cultural exchanges between China and other countries.

As the largest-scale and highest-level international chorus festival held in China, CICF is a comprehensive choral event integrating professional and amateur choirs at home and abroad. It is held once every two years, and the past 15 CICFs have been proved a great success. According to statistics, more than 3,000 choirs in 90 countries and regions from five continents have participated in the festival. More than 120,000 choral members have directly participated in the online and offline choral activities and 10 million choral lovers were covered.

The Bel Canto Singers has been in existence since 2015 – though the idea of it started in 1999 with a quartet of singers. They have traveled as international ambassadors to many cities in the United States and Canada presenting their music.

The mission of Bel Canto Singers Bahamas is to create a safe space and atmosphere that encourages and nurtures its members to live consciously, with a deep sense of civic responsibility. Members are passionate about personal and musical growth and excellence, attributes demonstrated through the production of both local and international world-class concerts. Through the medium of the arts, the choir provides opportunities for self-growth, development, and training, as it continues to create responsible and confident citizens while building an enduring national cultural institution.

“For over 12 years, I have been realizing my vision: To work with individuals through musical productions to have an impact on the lives of our members, thereby impacting their communities,” said McPhee. “Moreover, and equally important is the assistance in building stronger, more secure communities through our work in the communities through the arts. The mark of a good leader is discipline, and after having studied music for some 35 years, I know that talent and discipline create success. This formula is not unique to music.”

The BNYC was founded in 1983 as a part of the celebrations marking the 10th anniversary of Bahamian Independence. It is a charitable national cultural entity subsidized by The Bahamas Government and the private sector.

Through the medium of the arts, the choir provides opportunities for self-growth, development and training, as it continues to create responsible and confident citizens while building an enduring national cultural institution.

The choir has sung in 27 foreign languages, produced nine commercial recordings, traveled to 25 countries on four continents, including China, and has researched and documented much of the folk music of The Bahamas.

The BNYC is the recipient of many awards including two awards for outstanding work at The Seventh China International Chorus Festival in Wuxi, China; two silver medals at The World Choir Games in Gratz, Austria; two gold and a silver medal at the 2012 World Choir Games, U.S.A; The Silver Jubilee Award of The Bahamas; The Cacique Award (Performing Arts – Bahamas Ministry of Tourism ), Proclamations from the mayors of Newark, New York, Chicago, Atlanta and Los Angles, and the keys to the City of Miami.

The founder/director of the choir is the late Cleophas Adderley. Since 2017, the choir has been under the direction of Dexter Fernander, an alumnus of the choir. His focus has been curriculum development and the continued preservation of Bahamian culture.

Since the beginning of the 2019 pandemic, the choir transitioned onto a digital platform, upkeeping with health and safety trends as set out by the American Choral Music Associations. During this pandemic the choir has been actively engaging its social media audience and has released three music videos and a new anniversary CD entitled “Island Celebration.”

Bahamian businessman, singer, and actor, Keson Tinker, who spent the last 17 years in China, coordinated tirelessly with both choirs and the organizers, from start to finish, as they progressed through the competition. Tinker, who has a history with working in the arts, is one of the most famous and most celebrated foreign singers and actors in China, and the only person from the Caribbean to be awarded the title “Ambassador for Chinese Culture” from China Central Television.

The out island adventure of a lifetime 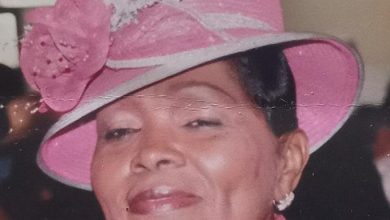 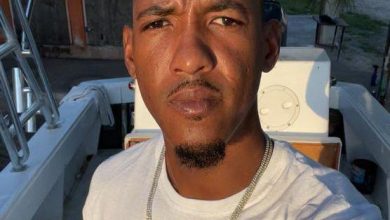