The Dignified Girl Project (DGP) continues to ensure that every child and adolescent girl has access to feminine hygiene essentials and education, and over the last four months in response to the COVID-19 crisis, DGP has distributed approximately 4,000 units of menstrual products and 55 units of underwear, according to Phillipa Dean, founder of the project.

Because of the pandemic, Dean said they have found themselves distributing products more frequently since the country confirmed its first COVID-19 case on March 15.

“We’ve been [distributing products] more frequently than we are designed to – on a monthly basis since COVID-19, rather than doing it quarterly – because the demand has increased,” said Dean. “Due to the layoffs, I think, people may have been prioritizing things and are probably saying they can direct the funds somewhere else if a local NGO [non-governmental organization] is going to fulfill this demand.”

Due to the increased demand, Dean said they, in turn, have had to step up their solicitation game, and that the public has responded in kind with their generosity, allowing them to do what they do.

DGP offers two kits – an undergarment kit comprised of singlets, bras, and new underwear; and a menstrual kit that is comprised of soap and either tampons or pads. They offer women a choice, because she said when it comes to menstruation management, it’s all about preference.

During COVID-19, Dean said members of the community, civic groups and two Rotaract Clubs stepped up to donate and help DGP with drives to solicit donations of soap, tampons and pads to meet their demand.

“Partnerships connect us to the community, and partnerships make a difference, as we are able to help those people with the greatest need.”

She said the partnerships allow DGP to do its work.

The demand for their services also called for them to increase their distribution centers by seven; they now number at 21 community-based programs in the inner cities. Dean said they also now have a distribution center in North Eleuthera, where a nurse distributes their kits on island.

Dean told The Nassau Guardian in 2018, that her long-term goal is to reach at least three Family Islands.

The Dignified Girl Project started in August 2017. She said COVID-19 has brought about more awareness of the NGO, and what it does, to the populace.

“Times like this cause persons to become more aware of what the organization does and awareness of The Dignified Girl Project is something we’ve been trying to increase for a while. And although persons are aware, the need for it didn’t strike people as far as how important it is until now – when people who are going through tough financial times, now realize there is a need beyond food, water, electricity and rent. There are core needs that exist for females inside of crisis and outside of crisis, and I think COVID-19 made people realize that need and opened up the eyes of so many people that the need for this basic item is to being biologically female.”

Dean said she was also happy to see men stepping up to assist with their efforts to bring dignity to young girls.

DGP was featured on “Science and Perspective” hosted by Dr. Ancilleno Davis, who made a donation of two cases of disposable pads and urged men to support the cause.

In June, she said Senator Jamal Moss and his female colleagues made a donation.

“Both men’s support was a small but significant step in beginning to change the culture around menstruation. We cannot continue to have the conversation about destigmatization and ending period poverty if men are not active participants in the conversation. Women and girls will continue to have periods, men will continue to be a part of their lives in one form or the other (i.e. father, brother, son, partner) and as such, the more comfortable and knowledgeable men are about menstruation, the better support they can give women and girls. After all, ending period poverty is empowering for women and girls. What man doesn’t want to empower his daughter? … His wife?” said Dean.

DGP currently has no set dates for distribution. Dean said whenever donations come in, they send them out to their community partners.

They are gearing up for their August donation drive and have been encouraging people who have the ability to reach out to them via social media to make donations.

Dean also noted an increase in their volunteer base, which she attributes to increased awareness, due to COVID-19.

The Dignified Girls Project founder said the COVID-19 pandemic has also brought more awareness to consideration for the reusable pad and she’s looking to host an online course for people to learn to make the reusable pad – and not just make it, but how to take care of it.

In October 2019, Dean and DGP sought to empower girls during a day-long conference called “My Period My Pride”, to educate girls on period management and period hygiene; to embrace their period, and to destigmatize period-shaming.

During the conference, DGP focused on helping the girls to understand their period, track their period, learn how to manage period symptoms, and gave them all the options to assist them in choosing the best products for themselves.

In an era of the popularity of disposable products, the girls were introduced through interactive demonstrations to alternatives that can be used – period cups, synthetic pads, tampons (organic and synthetic), and reusable pads. The girls also learned how to sew reusable pads.

“We wanted to present the girls with alternatives and options because we found that, very often, many girls just think that disposable pads are the only options. So, we wanted to introduce them to other options like the reusable pad, which is also environmentally friendly,” she said in an earlier interview.

During the midst of the pandemic, the DGP hosted its second “My Period My Pride” webinar in May – approximately 75 women and girls participated. The virtual audience spanned two continents, and six countries, to participate in an open conversation about period poverty on a global scale, and menstrual hygiene management.

Since she was a teenager, Dean involved herself in charity work. It was during a counseling session with an unemployed mother who was experiencing financial challenges, that she witnessed the woman break down — in what seemed to be the “straw that broke the camel’s back”.

“Do you know what it’s like to not be able to buy your teen daughter a new bra?” Dean recalled the distraught mother asking her. “I was like … is this woman serious? She was very serious.”

Following her session with the distraught mother, Dean said she made a promise that night that she would do something about it, and form an organization to ensure that young women received new bras and panties. The Dignified Girl Project was the result. Dean sought to provide undergarments, quarterly, which are basic needs, to girls in need between the ages of six and 17 years old.

Dean spent just over $1,000 of her own money to purchase intimate garments for her first distribution ranging from training bras and singlets to extra-small, small, medium, large, extra-large and 2X to cover the gamut of sizes.

It was in August 2017, that she and her team of volunteers took to streets in the East Street community with 100 bags of bras and panties to distribute free of charge to girls, for the first time.

“When we did that initial walkabout, we thought 90 bags was a lot — but it didn’t go very far, especially when we came upon homes where there were more than, like, five women and girls living there,” she recalled.

It was during that first distribution she said they quickly realized how great the need was – and for more than just new undergarments. She said it became apparent that basic hygiene products — toothbrushes, toothpaste, deodorant, sanitary products — were also needed. Dean and her team decided to take on the challenge of adding feminine care products to the original packages.

“Oftentimes, we think about the shelter and the food and the water and the clothing that we put on children, but we rarely think about the intimates. They’re basic needs. And they need new ones regularly — not just when it’s September, and it’s time for school. So, I was like, this is a basic need, and no mother should have to shed tears over this, and no young girl should have to be concerned that when she’s changing [for physical education], that someone’s laughing at her torn bra. I made a promise that night in that session, that I would do something about it, and form an organization that would make sure that young women had new bras and new panties. And once we did our first distribution and got feedback, we realized that more was needed. We got bombarded. I was shocked. The response is what kind of confirmed for me that the need was great.”

In January 2018, The Dignified Girl Project held its second distribution. It was at that point, Dean engaged the assistance of church groups, community groups and civic organizations to assist them, who knew of people in their communities who needed the assistance most, rather than engage in another walkabout, as she also realized the danger a walkabout could pose to a team comprised of women.

“After the first walkabout, during which it was very hot, we realized we lost so much time because people were stopping us and talking, so we didn’t get a very far reach and time got away from us very quickly, and I was like, to do this every quarter is going to be very taxing, physically,” Dean told The Nassau Guardian in an earlier interview.

Hield struggles in two losses for the Kings 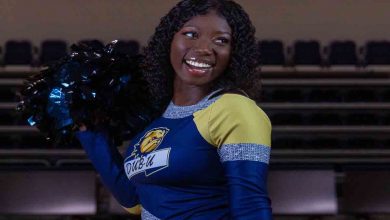 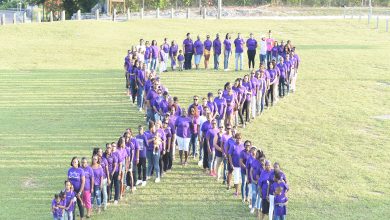 Increasing understanding of a cruel and mysterious disease 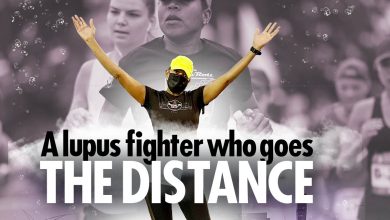 A lupus fighter who goes the distance 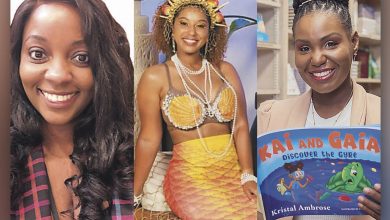