The Island House has begun its period of rebound, with an 80 percent occupancy rate projected throughout this month and full occupancy into January, one of the hotel’s owners and managers Lauren Holowesko-Perez told Guardian Business.

Holowesko-Perez added that the property’s membership program has seen big growth with the recent increase in the expatriate community.

“We’ve experienced an amazing comeback,” said Holowesko-Perez. “We lost team members, we had a really hard 20 months. We’re committed to growing again and doing that by innovating and creating more experiences and opportunities job wise.”

She explained that the hotel has invested in creating partnerships and expanding the offerings on the property.

Bon Vivants recently partnered with The Island House to expand the night life on the property, Holowesko-Perez said, explaining that the ensuing Yellowbell bar has allowed the property to expand its lunch and drink menu, as well as improve the overall vibe on the property.

She said the newly developed Yellowbell opened only three weeks ago.

According to Holowesko-Perez, The Island House continues to foster a sense of community in and around the area, providing almost an impetus for more development around the property.

She added that the property’s membership program might have to be capped because of its success and the recent growth in expatriates who have chosen The Island House for its amenities.

The property has also developed a gallery for Bahamian art and artisans and will be hosting a show by John Beadle called Splinters and Shards, beginning this week. Holowesko-Perez said she is passionate about creating a space for Bahamian artists, where their work can be exposed and sold. The Island House has invested heavily in Bahamian art for all the spaces of the property. 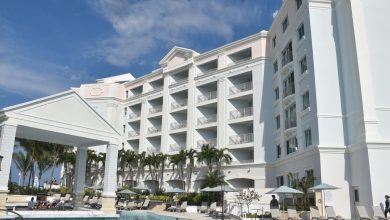 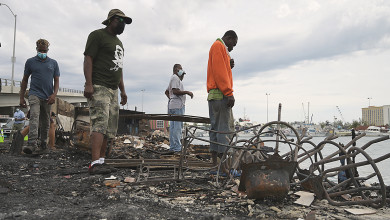