As Hurricane Ian barreled toward the west coast of Florida Tuesday evening, The Bahamas Department of Meteorology issued a tropical storm warning for Grand Bahama and the Bimini islands and also warned the rest of the northwest Bahamas could also be impacted

The Ministry of Education yesterday ordered all schools on Grand Bahama, Grand Cay and Bimini closed Wednesday and Thursday.

“Residents in the remainder of the northwest Bahamas, including Abaco, Berry Islands, North Andros, New Providence and Eleuthera could experience winds gusting to gale force during that period.

“Rain bands associated with Hurricane Ian will continue to affect the islands of the northwest Bahamas on Wednesday and Thursday.

“Residents in these islands are asked to exercise extreme caution as these rain bands will bring severe thunderstorms, gusty winds and possible tornadic activity.

“Total rainfall amounts of four to six inches are expected with isolated amounts of up to eight inches through Friday.

“As a result, severe localized flooding is possible in low-lying and flood-prone areas.”

Ian was packing winds of up to 120 miles per hour with higher gusts and was a Category 3 storm with strengthening expected through Wednesday.

“Grand Bahama can expect life-threatening storm surges, catastrophic winds, heavy rainfall and flooding,” she said, though the department said those were the conditions that were expected in Florida, not Grand Bahama.

“Everyone should stay alert and monitor your local news for updates and directions provided by local officials.

“Let’s stay safe, take all necessary precautions, be our brother’s and sister’s keeper.

“Our prayers are with Grand Bahama and all areas in the path of this major Hurricane. We remain Grand Bahama strong.”

On Tuesday afternoon, the National Emergency Management Agency and the Grand Bahama Consultative Committee, called an emergency meeting of all relevant government agencies and stakeholders at the C.A. Smith Building to prepare for possible impacts from Ian.

They said the meeting was prompted by Ian’s more southern turn which led to the issuance of the tropical storm warning.

“We anticipate tropical storm conditions to start early tomorrow (Wednesday) morning and continue right into Thursday,” said Sharon Moxey-Bonaby, who heads The Bahamas Department of Meteorology in the northern Bahamas.

“We are also expecting tornadic activity once the system actually comes ashore, so we will issue a severe weather warning once that comes into play.”

According to the Department of Social Services, while hurricane force winds are not expected to directly affect the islands of Grand Bahama and Bimini, storm shelters on the island are in a state of readiness, and some shelters were expected to open Tuesday evening.

Some businesses, offices and stores also announced they were closing on Wednesday in addition to schools.

Juan McCartney is the senior editor of The Nassau Guardian.

Gibson’s lawyer asks judge to recuse herself from case 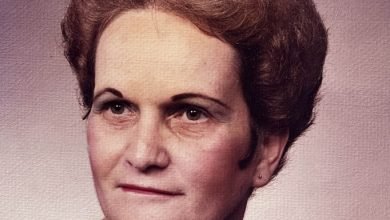