The government’s Access to the Affordable Homes (Amendment) Bill, 2021, which carves out tax benefits for a select group of homeowners, is “discriminatory” and “goes against the principle of fairness and equal treatment under the law,” East Grand Bahama MP Peter Turnquest said yesterday.

“This bill is extremely worrisome to me as it is inherently discriminatory on many fronts, though well-intentioned,” Turnquest said during the 2021/2022 budget debate.

“Every citizen of The Bahamas is an equal taxpayer and has an inalienable right to enjoy equal benefits provided by the state.

“This bill, however, seeks to carve out benefits for a specific group to the ultimate exclusion of other groups equally as disenfranchised when it comes to the affordability of land and construction.

“Leaving the fact that the bill is Nassau-centric in its design, the bill proposes to use taxpayer money to grant a concession to one group over another.

“I’m not sure how we make up the revenue foregone, but what if a young professional is unlucky in receiving one of these lots?

“Why should they be penalized in the compounding of insult to injury of having to pay full price for their own lots as well as full customs duty for the construction of a home and property taxes while across the fence their friend and neighbor is fully exempted and subsidized?

“Why should I or you be held to a different standard in equal circumstances?

“Again, I get the laudable intent but in my mind, this bill goes against the principle of fairness and equal treatment under the law and invites a court challenge. I recommend finding another way.”

The bill, which was tabled along with the budget bills, grants the minister of finance the ability to “prescribe the criteria for approval of applications”.

Once approved, applicants are granted exemption from customs duties and excise tax with respect to the import or domestic purchase of any materials needed for home construction; and furniture and appliances for a home, provided that the home is completed and furnished within two years of approval.

Applicants are also exempted from real property tax for five years from the date of the certificate of occupancy.

The amendment bill was tabled after the government outlined plans to develop a new subdivision geared toward young professionals.

In April, parliamentarians passed a resolution to allow for the development of a residential community in western New Providence, and the transfer of said land from the treasurer to the government for the sum of $10.

The community will be comprised of 83 acres of land, located north of John F. Kennedy Drive, between Prospect Ridge and the Ministry of Public Works and will feature a clubhouse, pool, parks and a preschool.

Minnis said the government considers a professional as someone who is accomplished in his or her field, sufficient independently to sustain a mortgage or the financial responsibility for a residential dwelling in the community.

“This community is not restricted to a particular type of academic or professional training,” he said.

“You don’t have to be a lawyer, doctor or engineer to qualify. To be eligible, you must be a Bahamian, 45 years or younger, who is a resident in The Bahamas.

“Even though this subdivision is in New Providence, Family Island residents are eligible to apply. Applications are to be made by individuals or married couples.

“Two or more people may also apply. However, financial institutions will assess the risk determination of such applications. Only first-time homeowners are eligible.”

He said the application process was still being finalized but hoped that the process would be open to the public by the summer.

During debate on the resolution, Exumas and Ragged Island MP Chester Cooper also referred to the restrictions outlined as “exclusionary”.

He said it “automatically and intentionally boxes out of eligibility those who are over the age of 45 from participation, and also uses taxpayer funds drawn from the widest pool of Bahamians to make an exclusive community for a certain number of Bahamians to create income-producing properties that will only benefit a few”. 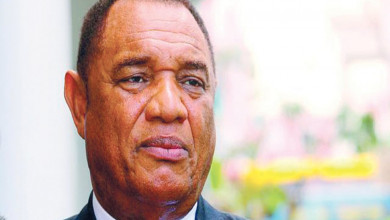