Two young men were charged yesterday with murder after a body presumed to be Lavard McKenzie Jr. was found in bushes on Sunday.

Franklyn Glinton faced the murder charge on his 20th birthday, along with his alleged 17-year-old accomplice, who cannot be named for legal reasons.

McKenzie Jr., 17, was last seen leaving his home in Miller’s Heights on August 27.

The search for the missing teen ended tragically with the discovery of a corpse in bushes a street away from his home on August 30.

Due to the advanced state of decomposition, investigators are awaiting the results of DNA tests to confirm the identity of the deceased.

For this reason, the victim was listed as John Doe and the murder suspects were charged with the murder of John Doe between August 27 and 30.

They were not required to enter a plea to the murder charge when they appeared before Chief Magistrate Joyann Ferguson-Pratt.

Glinton was remanded to the Bahamas Department of Correctional Services and the teen to the Simpson Penn School For Boys.

They return to court on December 15 to receive a voluntary bill of indictment that will fast-track the case to the Supreme Court for trial.

Ian Cargill represents the teen but Glinton did not have a lawyer. 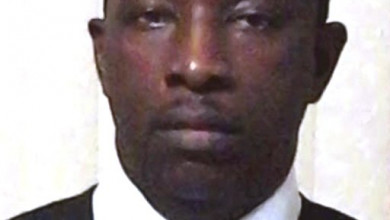