The rate of economic growth in The Bahamas will be insufficient for the country to address the challenges that will bring it in line with the United Nation’s (UN) Sustainable Development Goals (SDGs) by the 2030 deadline, according to the United Nations Common Country Analysis on The Bahamas.

The UN report described The Bahamas’ economic growth over the past 15 years as “anaemic” and explained that the twin crises of Hurricane Dorian and the COVID-19 pandemic will likely set the country back even further in reaching the SDGs in another nine years.

The report also recalls The Bahamas’ difficulty in lobbying for international financing due to its
categorization as a high-income economy.

“The economic dominance of two sectors, finance and tourism, with the latter being extremely sensitive to the impact of COVID-19 and tropical cyclones, makes the economy very vulnerable,” the report states.

“The unprecedented fall in GDP in 2020 comes with a large increase in the debt-to-GDP ratio, leading to a further need to explore new sectors and boost economic growth to the benefit of all inhabitants.

The report explains that the country’s high debt service costs as a result of the pandemic and Dorian will mean less spending on the achievement of the SDGs.

The UN revealed that The Bahamas is most deficient in the goals of achieving zero hunger, attaining responsible consumption and production, climate action and achieving partnerships for reaching the SDGs.

It also decries the lack of statistics and data needed to track the progress of attaining zero poverty, reducing inequality, producing sustainable cities and communities and attaining peace, justice, and strong institutions.

Where The Bahamas has been successful, according to the report, is in attaining affordable and clean energy.

“The current assessment indicates that The Bahamas has already achieved SDG 7 (affordable and clean energy),” the report states.

“There was no overall assessment of the progress of The Bahamas on the SDGs due to data gaps for four of 17 SDGs that include SDGs one (no poverty) and 10 (reduced inequalities).

“There exists major challenges to achieve 25 percent of the SDGs, including SDG two (zero hunger), 12 (responsible consumption and production), 13 (climate action) and 17 (partnerships).

“Lack of progress in SDG two in The Bahamas may come as a surprise, but this goal does not only address hunger, but also the quality of nutrition. A major risk factor for The Bahamas is the increase in malnutrition (obesity), rather than a case of undernutrition, with the associated issues of non-communicable diseases (NCD).”

The report explains that although the pandemic presented major challenges, the government could use it as an “impetus to redouble efforts to achieve the 2030 Agenda”.

“In 2020, substantial strides were made towards the digitalization of the economy, even if the digital divide was also laid bare and the country has been made aware of its high level of external dependence, thus hopefully precipitating a move towards economic diversification and an increase in local food production,” the report states.

“A key point is to build back better after the COVID-19 pandemic. Finally, while the country was spared during the 2020 Atlantic hurricane season, recent years have shown that the further build-up of resilience is a key element for fostering inclusive development in The Bahamas.”

Shot in the arm 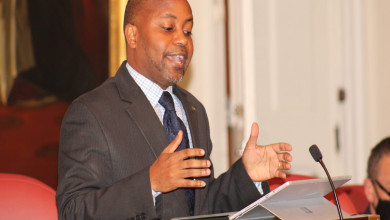 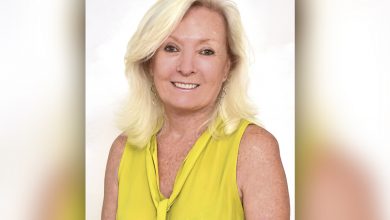