The socioeconomic consequences of the COVID-19 pandemic have rendered a silent group – girls in conflict with the law – even more vulnerable to exploitation.

According to psychologist Dr. Valerie Knowles, society cannot afford to forget them, especially “parentified” girls who, at the expense of their own childhoods, have had to function as caretakers from an early age.

“They feel the adult weight of the economic crisis given the role they play in their families. They become vulnerable to being exploited by unscrupulous persons who would demand or seduce inappropriate gifts in exchange for resources to help make ends meet,” said the 20-year practitioner of child and adolescent psychology.

“Other stressors in the environment can set in motion a series of events that could eventually bring the girl child in conflict with the law. Society must stay on guard.”

The coronavirus and its resulting economic fallout exacerbate the crisis of this category of girls who have always been marginalized in almost every area imaginable.

Worldwide, most female juveniles who find themselves in conflict with the law are in trouble for offenses that are not criminal in nature. In many instances, behavior viewed as “criminal” for a female adolescent is considered “a rite of passage into adulthood” for male juveniles.

“There are not many parents anywhere in the world who would bring their juvenile sons into contact with the law because they were in an inappropriate relationship with an older adult, or consumed alcohol, illegal drugs, used profanity to their annoyance, or slept out with their friends without permission. The same is not true for girls,” said Knowles.

International research show girls in conflict with the law are usually unique in the many life challenges that they must deal with. They have experienced more prolonged patterns of family conflict, experimented with substance use, might have coped with repeated episodes of sexual and physical violence. Some girls living in high-risk situations have not one, but several challenges to deal with at the same time: interrelated violence exposure, mental health problems, family violence, school failure, and poverty.

“Sometimes, these girls are carrying and managing challenges that many of the adult folk who scorn them are unable to imagine, much less survive. All of these factors interacting can present us with a frustrated girl child approaching life with anger and low frustration tolerance,” said Knowles.

She concedes, however, that not all girls in conflict with the law are acting out in distress. There are some who have adapted or were taught some effective “bad” habits for getting along in life.

In the case of parentified girls, they have been functioning as adults all their young lives. Age restrictions make little sense to them. As such, there is no adult behaviors off limits to them.

“As we reach out to assist girls in conflict with the law, or those living in high-risk volatile situations, we must ensure that our interventions do not criminalize, and/or re-traumatize those girls who are victims of adult-created conflict,” said Knowles. “Quick labels of ‘fresh’, ‘hot’ and/or ‘rude’ are counterproductive and feed the strategy of the predator. Misguided adults can make matters worse with their own inappropriate response to perceived ‘out of order’ behavior.”

There is a need to understand that behaviors change slowly, she said. They disappear only when replaced with new thinking and new behaviors that the girls believe can work for them.

Even though Bahamian government policies have been proactive to not criminalize juveniles in conflict with the law, the noted expert believes there is still work to be done when it comes to creating a framework that is systematic and professional in assessing & recognizing and managing behaviors that in many cases could be cries for help.

“Not all persons support giving positive specialized attention to girls in conflict with the law. For some persons, the solution lies in administering more slaps and beatings,” said Knowles.

However, studies show corporal punishment has little positive impact on someone who has become used to receiving indiscriminate insults and blows with fists, belts, wire, and all manner of things. It is what they know.

According to Knowles, sometimes the most powerful tool for adults is a display of respect for the girl as a young person caught up in a life that has gone amiss.

“She will probably test you to see if the respect is for real. As you give respect, it will eventually come back to you. The more she accepts your respect, the easier it will be for her to genuinely return it to you and give it to herself. There needs to be the ability to see the diamond in the rough.”

“Sometimes, the negative peer pressure can prohibit change. Within the powerful social groupings that can develop in such settings, good behavior could be punished by the more powerful disordered girls, in a manner invisible to even the most vigilant caretakers,” said Knowles.

“Some girls may have to develop stronger ‘out of order skills’ to survive. They may end up being more disturbed than when they were first admitted.”

Society, she added, must ask itself some pertinent questions: “Can the results attained by incarcerating girls in conflict with the law be achieved without incarceration, for less money? Can more societal effort go into strengthening resources and programs that make and keep girl children safer within their home environments, strengthening their family resources, hunting down and calling out their predators? Should we be sponsoring more intensive, professionally run day programs staffed by more trained professionals?”

Knowles said, The Bahamas will only be able to safeguard all of its children when it has ferreted out these truths and acted with haste upon the findings.

Even in the face of this pandemic, God has been gracious to us 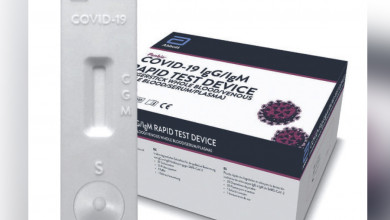