Just imagine scoring an invite to a private free-of-charge dinner hosted by chef Simeon Hall Jr., alongside another monthly featured chef at an event that isn’t stuffy and coursed, but is rather like having a dinner party with friends, showcasing Hall’s provisionary-style of cooking using local ingredients with global techniques to tell a story. Well, that is what is in the cards for this year as Hall introduces his monthly Dinna Club, the first of which kicks off in Grand Bahama before moving on to New Providence for the second edition in February.

Guests are invited based on their media presence and what they’re known for – whether they are artists, are doing something good in the community, or are maybe even foodies. Your talent gets you into the event for 12, inclusive of both chefs, and you’re expected to use it.

“It’s a true networking event for food and beverage,” says Hall. “We would simply gather to fellowship, eat and talk food, culture, music, politics and whatever else in a relaxed, but refined environment. You definitely won’t know the menu, nor will you know who the other guests will be. I wanted to do something that didn’t cost anybody anything, especially as we’re in corona.”

The first Dinna Club will be held at Dolphin Cove in Grand Bahama.

“This entire process, project, and team will be innovative, creative, and even unconventional,” said Hall. “You are also expected to remove any preconceived notions or past experiences that may create barriers or limit your open-mindedness.”

Guests won’t be apprised beforehand of what they will be dining on, but wherever the Dinna Club is held monthly, Hall said his focus will be on the quality produce available.

Since he is in Grand Bahama, his inaugural event will showcase a version of West End pickled conch and the culinary creations he can produce with meat from a Grand Bahamian farmer who is raising Berkshire pig, a British breed of pig known for its delicious, well-marbled meat that has the culinary world embracing the fatty, tender meat.

Hall said he is definitely looking forward to the culinary delights he produces from the Berkshire pigs.

He said the mark of a successful event for him, besides the amazing food that will be served will be for guests to leave inspired and connected with the people featured and the connections that can blossom.

“If they’re chefs, I hope they get spin off business, people can find an artist if they’re in the market for one – true food and beverage and cultural connections.”

He opted for the first showcase in the Dinna Club to be held in Freeport because he said it is his commitment to showcase more than just New Providence. He also hopes to take the Dinna Club around the islands and said he has already received calls to host the event in Exuma, Eleuthera and an island off Paradise Island.

“So, we will use what’s available to us over 700 islands, cays and rocks,” said the chef who says the event has him excited.

“The guest list is just about done; and I’ve started to write the menu.”

Another surprise for the event is the chef won’t have any idea of who he will be feeding on any given night, as he has no say in who will be invited to the gastronomy event. But he said from the elite to the plebeian, the guest lists will definitely put invitees amongst the interesting.

The Dinna Club Hall he said is “clarion call” to people to not only think outside of the box, but to destroy the box. “I truly believe that this is

a project that will change the trajectory of the eating out culture.

Outstanding in the Field is coming to The Bahamas 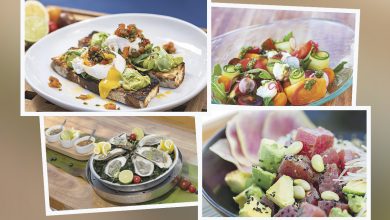 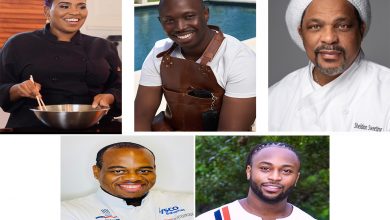 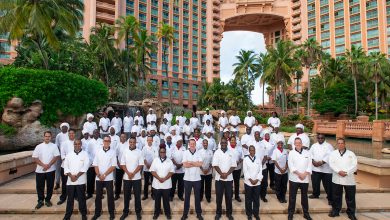