Against the stringent opposition of the Progressive Liberal Party (PLP) and concerns expressed by many, including National Review, the Minnis administration in 2018 bought the Grand Lucayan resort in Freeport for $65 million – $25 million more than it was valued at the time, according to an official who was close to the deal.

The sale was done out of political expediency and was not based on sound business considerations, acknowledged Michael Scott, KC, former chairman of Lucayan Renewal Holdings Limited (LRHL), which is responsible to this day for Grand Lucayan and is mandated to operate and facilitate the sale of the property.

The former administration pumped many millions of dollars into keeping the 198-room Lighthouse Pointe property at Grand Lucayan operational. We still to this day do not know how deep in the hole we are as taxpayers.

The PLP, upon assuming office a year ago, inherited the mess that is the resort, and canceled the seemingly egregious deal the former government had entered into with Bahamas Ports International (a joint venture between Royal Caribbean Cruise Lines and the ITM Group) for the property.

The Davis administration, as an urgent priority item, committed to a new sales process.

In May, Minister of Tourism, Investments and Aviation Chester Cooper announced in Grand Bahama that the government has agreed to sell Grand Lucayan to Electra America Hospitality Group for $100 million.

Electra committed to a $300 million development of the property.

The day the announcement was made was hailed as a red-letter day for the people of Grand Bahama, who were given renewed hope that an end to the Grand Lucayan saga was in sight and an impetus for economic growth was finally in place.

It appears now that announcement – made with great fanfare – was premature.

Cooper announced on May 11 that there will be a 60-day due diligence period and a closing of “no longer than 120 days”.

He repeated the timeline in a communication to the House of Assembly on May 16, reiterating that the direct investment in the property is expected to be in the $400 million range.

“… We believe the economic impact will be significant and radically change the economy of Freeport and Grand Bahama, and positively impact the lives of its people,” Cooper said.

Four and a half months after the MOU signing, there are – understandably so – worries among Grand Bahamians, and other taxpayers, about the status of this deal.

There have been several extensions to due diligence and a change in the language of press releases by the officials involved, relating to the deal.

In each statement, they have assured that the deal is progressing satisfactorily.

Seeing is believing, however.

Grand Bahamians have suffered long. They have heard promise after promise about the Grand Lucayan and about jump-starting a long-ailing economy.

The Minnis administration established Lucayan Renewal Holdings Limited, a special purpose vehicle for the acquisition of the resort, from Hutchison Properties in August 2018.

On August 4, 2022, nearly three months after the Electra announcement was made, LRHL said Electra America Hospitality Group “remains committed to the revitalization of the tourism industry on Grand Bahama Island”.

It also announced that the parties agreed to a 45-day extension “to complete requisite legal documentation”.

On September 15, LRHL said it had agreed to give Electra a further seven-day extension “to consider outstanding matters related to the sale”.

And on September 23, LRHL said given that the due diligence period was extended by 45 days on August 4, “by virtue of this, the final closing date was also extended to November 15, 2022”.

It added, “We note that the recent seven-day extension did not impact the agreed November closing date.”

It caught our eyes that this last statement made no mention of Electra and its commitment to the sale, but the board of LRHL assured that LRHL “remains committed to ensuring that a credible plan and shared vision for the resort is realized – a plan that will provide jobs, entrepreneurial opportunities and strengthen Grand Bahama’s economy.”

At the time of the 120-day closing announcement in May, an individual knowledgeable about the complexities of these kinds of deals opined to us that that deadline was overly optimistic.

We have to wonder whether Cooper’s and the Davis administration’s haste to have a big announcement for Grand Bahama got them into problems with an early announcement.

We acknowledge that hotel deals are extremely complex with specialist components and many moving parts, especially an asset cluster like this, which is largely dormant and decayed and in urgent need of redevelopment.

We do not know what is unfolding as the negotiations and due diligence continue, but we do have questions as taxpaying Bahamians with an interest in the deal, though we do not now expect answers.

We wonder whether the current climate of increased borrowing and financing costs is causing concerns about closing this transaction.

Is Electra America still fully onboard in completing the deal? Is this transaction fully funded? There is no suggestion or indication that Electra is not fully onboard.

Given that we have already seen multiple slips in the timeline for completion of the sale, questions remain whether the new November 15 deadline is plausible.

Will there be any changes to the terms of the agreement? Will the $100 million sale price be adjusted?

Is there anything causing concern at this time?

We have to wonder, too, what the open items of due diligence are 140 days after the deal was announced.

There is so much riding on this deal. It must not fail.

Speaking in Parliament on May 16, Cooper assured Grand Bahamians that better days are ahead.

“With Electra’s commitment to a $300 million investment in Grand Bahama in three years, we expect the change to be swift and impactful,” he said.

“… In Electra, we have found a partner that will not only inject money into the community, but who wants to be a part of the Grand Bahama community.”

With the timeline for the conclusion of the sale pushed off a full two months from what was originally announced, we shall have to wait and hope the deal closes.

The Minnis administration carries the blame for its poor decision to saddle taxpayers with this loss-making entity.

There’s a valuable lesson for governments not to get involved as investors in asset classes that they don’t understand or have any operating experience in.

At the end of the day, the Bahamian people are the ones left holding the bag.

As time passes and if there is no successful conclusion to this matter, there would be less of a focus on what the former government did and did not do with regards to Grand Lucayan.

The PLP is in the chair now and will be held responsible for the status of this transaction in the months to come. 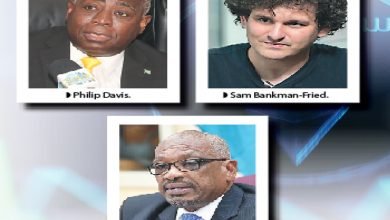