Discussions are in progress on the potential of establishing memorandums of understanding (MOU) with neighboring countries to facilitate disaster evacuations for The Bahamas, and plans are underway to establish “purpose-built” shelters in strategic locations throughout the country, according to National Emergency Management Agency (NEMA) Director Captain Stephen Russell in an interview with Perspective.

Russell also advised that storm surge models for the entire Bahamas are being developed through collaboration between the Bahamas Department of Meteorology and the Caribbean Community Climate Change Center (Five Cs).

Today marks 14 weeks until the start of this year’s Atlantic hurricane season, and 176 days since Hurricane Dorian made its deadly and devastating landfall on Abaco and Grand Bahama.

The devastation triggered concerns among all Bahamians about modes of preparation for future storms.

Last October, we mapped out a detailed case for deficiencies in preparations for Dorian in our piece “Time for Accountability”, and arising from that, we questioned Russell on how NEMA plans to approach its mass evacuation strategies, particularly if New Providence is forecast to get the eye of a catastrophic storm system.

Russell pointed out that evacuations to other islands in the archipelago would depend on the forecast track of a storm, but that talks are also underway for evacuation options outside the country.

“There was a school of thought of [having] an agreement with the U.S. to fly people into the U.S., or fly people to Haiti or Jamaica or Cuba,” he revealed, “and these are all things that we have been discussing at the foreign affairs level in signing MOUs with certain countries – discussions are on the table.”

Continuing, Russell added that, “We have another planning meeting for a major national exercise some time in April/May, and we hope before we go into that exercise we would have defined some plan of action if we see where it is imminent that Nassau will be impacted by a major hurricane, so those discussions are well under way.”

During Dorian, residents were ordered to evacuate to locations that were, according to flood models released by NEMA before the storm’s landfall, forecast to sustain significant flooding and wind damage, forcing evacuees to flee for their lives in Category 5 storm conditions once their shelters lost roofs and walls and became inundated with storm surge.

We questioned Russell on how NEMA’s shelter selection system will be adjusted moving forward, and when the country can expect to have shelters built for the purpose of housing disaster evacuees in a major storm event.

“One of the key things that is occurring now is the Department of Meteorology [is] in collaboration with one of our regional organizations called the Five Cs and they are now looking at doing some surge modeling for the entire Bahamas,” Russell stated.

“With the modeling,” he continued, “they would use some hazard and vulnerability mapping from the study and that’s going to be the guiding principle for us identifying shelters to make sure they are in safe and strategic locations.”

The NEMA director pointed to a “medium to long-term” strategy of looking at “purpose-built shelters” in collaboration with the Ministry of Works and the Ministry of Education, which would ensure that any future school built will be constructed to serve as shelters on some of the islands.

“We are looking at some purpose-built shelters in strategic locations,” Russell noted, “in case, God forbid in the future, we have to evacuate mass numbers of persons from one sector of The Bahamas to the next.

“The Ministry of Works has some prototypes and some plans and we are looking at some funding sources to help get those purpose-built shelters up in the country as soon as possible.”

Capital allocations for new shelters via the government’s 2019/2020 Supplemental Budget have not been proposed, nor has the government indicated whether donor funding has been pledged or received in aid of constructing such shelters.

But an annual response plan prepared for 2019 does not exist, as Russell confirmed to us that NEMA has been working with a three-year disaster plan, though the Act calls for the plan to be prepared once a year for the prime minister’s approval.

Last year’s hurricane season, therefore, fell within the 2018-2020 plan currently in effect and slated for update this year, according to Russell.

Part III, Section 8(2) of the act states that the plan should include procedures related to disaster preparedness and response of public officers, ministries and departments, public bodies and persons or organizations who volunteer.

When questioned by Perspective on why NEMA was not preparing an annual response plan as per the act, Russell responded, “The changes are not that significant that causes us to change the document every year.

“We have one that went from 2018 to 2020,” he pointed out, “[and] my team is now revising that to prepare for 2020 to 2022 where we adjust names and contacts of persons who head the subcommittees throughout the island, and we hope to have that ready by the middle of March at the latest.”

But as we have just indicated, the act calls for the National Disaster Preparedness and Response Plan to provide an annual preparation of procedural assessments that extend far beyond the updating of government contact names.

Section 7(1) of the act also calls for the annual preparation of a Disaster Preparedness and Response Policy Review “related to the mitigation of, preparedness for, response to and recovery from emergencies and disasters in The Bahamas”.

This policy review is to be published by the director once it receives approval from the prime minister.

Having never seen a published review, we questioned Russell on this legislative requirement, who said, “I would have sat with the Cabinet on one or two occasions and I showed them the document, but it has not been published – I shared my review with them and I left it with the Cabinet Office.”

The policy review is to be prepared with consultation from NEMA’s Advisory Committee, made up of Cabinet and representatives of various government agencies.

The committee meets the last Friday of each month from February to November, according to Russell, and will hold its first meeting for the year this month.

He advised, “When our committee meets at the end of this month, we will look at some things.

“We have an After Action Report from Hurricane Dorian from CDEMA (Caribbean Disaster Emergency Management Agency) and we are also looking at the reports from recommendations of the IDB’s (Inter-American Development Bank) assessments, and we can see how we can make adjustments to better posture ourselves going into the remainder of the year.”

Back in January, Philcher Grant, director of Group Corporate Affairs and Government Relations for the Grand Bahama Port Authority (GBPA), announced that full potability for the island was anticipated by May, just one month short of the upcoming hurricane season.

In response to our questions on what GBUC has done to establish resiliency in the aftermath of Dorian, Grant advised that ongoing initiatives include, “Strategic placement of new fresh water wells in areas that are proven (based on Dorian) to be more resistant to salt intrusion and flood surge impact.

“This also includes the elevation of our pumps,” she added.

“We have already made capital investments in technology for our automation of pumps and systems,” Grant continued,” [and] we are evaluating the best business case for a scalable reverse osmosis plant and have used the lessons from Dorian to improve our hurricane contingency planning.”

It is estimated that approximately 70 percent of the island experienced flooding due to Dorian’s storm surge and rainfall, and to this end we questioned Grant on the GBPA’s post-storm assessments that may impact current and future zoning in the city of Freeport.

Grant noted that, “GBPA is currently seeking professional consultation to develop a flood risk map of the Port Area based on the historical flooding data from Hurricane Dorian and other recent major disaster events.

“The map,” she added, “will be used with other industry acceptable flood design reference standards as part of the GBPA’s Building & Sanitary Code future zoning requirements.”

Some of the structural failures observed in Freeport were due to poor workmanship, according to Grant, who was responding to our question on post-Dorian damage assessments and adherence to the city’s building codes.

To address this, Grant advised that the GBPA has submitted proposed building code amendments to the Ministry of Public Works, pointing out that adjustments to the GBPA’s building code are required “for severe flooding conditions”.

Other initiatives aimed at improving building code standards include “contractor education through workshops and literature” and “sharing with contractors and homeowners in affected areas, a ‘Build Back Better’ version 1.0 booklet developed based on information gathered from local contractors, engineers, architects and NGO professional consultants”, according to Grant.

Displaced Abaconians have been repeatedly promised the provision of temporary dome housing which they are told are built to withstand up to 200mph winds, but that test strength is based on the domes being bolted to concrete bases.

We recently questioned Minister of State for Disaster Preparedness, Management and Reconstruction Iram Lewis on what indications the Abaco domes’ manufacturer, InterShelter, has given his ministry on the potential on-site test strength at Spring City given that the domes are fastened to floating wooden decks.

Though he did not indicate a manufacturer’s recommendation, Lewis said, “We are building it to maximize the full potential; the anchoring method that we are using is we are anchoring it into the limestone bedrock which is even stronger than concrete.”

Persons who have visited the site and walked on the wooden decks have expressed to us their concerns about the strength and viability of the decking system in the event of a storm.

When we questioned Clarke last Friday evening on whether the domes were ready as he announced, he gave no response to the question.

The question was part of a number of questions we previously sent to Clarke on the domes, which he initially promised an answer for or by the end of the day Friday, but upon our prompting subsequently said a press release would be issued.

1) How many people applied to live in dome housing on Abaco?

2) What are the Spring City domes outfitted with by way of amenities?

3) $4 million has already been committed for what was announced as 250 domes, the preparation of land and development of [a] family life center at Spring City, but that plan is no longer going to happen. So what is the accounting thus far for the 32 domes at Spring City, and what is to happen to the rest of the $4 million?

4) You mentioned that the authority will have to look at temporary housing options for displaced Abaconians, which sounded as though this will have to be options apart from the domes. Was that your suggestion? If so, how would this be funded and what are the options. 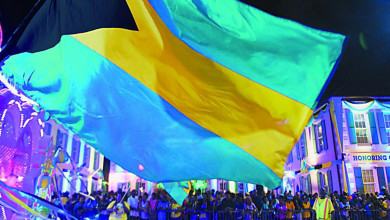 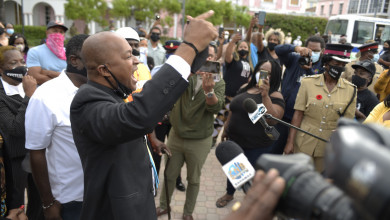 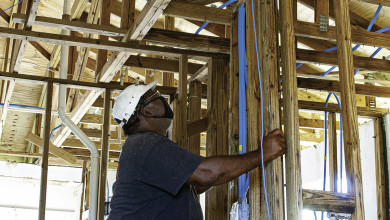