“Staying with family and friends is difficult because after a while families change the love and friends change their actions,” a displaced Grand Bahama resident said this past weekend.

During a recent meeting at police headquarters in Freeport for relatives of those missing on Grand Bahama in Hurricane Dorian’s aftermath, local pastor Cedric Beckles remarked that he has never seen so much hate among relatives on the island who have had to live under the same roof due to the storm’s destruction.

He surmised that the storm did not create the hate among family members, but simply unearthed what already existed.

And on social media, the occasional video would appear of Bahamian storm victims expressing the challenge of having uncertain living situations in Nassau owing to families who “get tired of you”.

While much focus has been placed on the kindness and generosity of people both at home and abroad who have opened their hearts and homes to those who lost everything, little attention is paid to the reality that longstanding dysfunction in families is a root cause of instability for displaced storm victims.

These days, families are not as closely knit as they used to be which is symptomatic of a progressive deterioration of the family structure in our society.

And yes, even in the closest of families there will always be a relative or two who most would much rather not be around, sometimes for legitimate reasons.

Still, when it comes to families who are faced with helping their relatives who have been devastated by a killer storm, one has to ask the question, “where is the love?”

While in a conversation several days ago, a mother of three said, “Sometimes it’s better not to even ask family for help because as soon as you do, they are on the phone to everyone telling them what you are going through.”

As she said that I thought about how unfortunate this is.

Do Bahamians have a lot of pride? Absolutely.

But pride is not always the reason we opt not to reach out to relatives for help when needed.

Sometimes relatives do not love or respect or value one another enough to show compassion and sympathy, and hence, they add to each other’s pain by making a member of the family feel like a burden at the moment they need assistance the most.

At times, a relative may not recognize how his or her actions impact a family member and other times the recognition is there, but unforgivingness, hatred, envy or bitterness render that relative incapable of caring or unwilling to make productive attitude adjustments.

At a time where so many are in desperate circumstances created by Dorian’s destruction, particularly where children are involved, relatives should re-examine themselves and how they treat displaced family members.

After all, who knows whether your words or actions in the storm’s aftermath might ultimately push a depressed family member over the edge?

Who knows whether the treatment you mete out to your displaced relative might push him or her to seek out living situations that put them and their children in harm’s way simply because they have nowhere else to go?

When an individual loses everything, it will undoubtedly impact their mood and state of mind, which might mean that more patience will be required to help them through this difficult period.

To be sure, many families have simply not learned or adopted the kinds of skills that would equip them to patiently endure a relative they either rarely interacted with, or who they intentionally chose to avoid for any number of reasons.

But we should not allow unresolved conflicts to so harden our hearts that we push away relatives who are homeless, lost and in need of hope, empathy and care in Dorian’s wake.

Even as some read this, it is certain that the thought of an irksome or undesirable relative makes us question whether we would be willing to open our home, hearts and wallets to them during a time of disaster.

We might figure that we are struggling too, and should not be expected to help family members who may have never helped us — notwithstanding that we might never have created an opportunity for them to provide us such help when we needed it.

While some forms of help do come at a financial cost that may or may not be within one’s reach, other forms are free.

A kind word, phone call, the use of one’s resources and connections to lawfully assist in directing help a family member’s way — these are examples of ways we show love that do not cost a thing.

We never know when it will be our turn to lose all we have.

Do not let lack of love on the part of family be the reason someone who has lost it all in Dorian makes a decision out of desperation that alters his or her life in ways even Dorian’s devastation failed to do.

Come home, but to what? 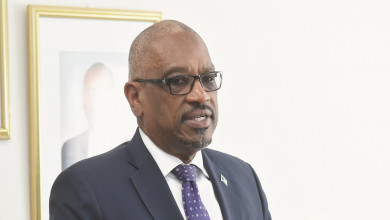